Taiwan creates a US$2.2 billion industry from garbage

Fifty years ago, in 1960, Taiwan was a poor, dilapidated and aid-dependent island with a per capita income no higher than the African state of Ghana. Rapid industrialization and economic growth during the latter half of the 20th century however, transformed Taiwan as it developed alongside Singapore, South Korea and Hong Kong to become one of the “Four Asian Tigers”. By 1980s, Taiwan had emerged as an economic powerhouse, with a mature and diversified economy supplying nearly half of the world’s umbrellas in addition to a significant chunk of consumer electronics. Today, with a per capita income of US$39,580, the island is on par with European industrial juggernaut Germany.

http://www.ourbreathingplanet.com/wp-content/uploads/2010/09/Recycling-Plastic-Bottles1.jpg
Taiwan turns garbage into a US$2.2 billion industry

But the Taiwan Miracle had a dark side; as Taiwanese companies race to manufacture 89% of the world’s laptops, 84% tablets, 80% motherboards, 69% LCD monitors, 69% wafer foundry, 66% WLAN routers, and 57% optical discs, the island of 23 million began running out of places to dump its waste. Mountains of fetid household waste rotted in the streets of the so-called ‘electronics island’. Public and disused spaces became dumping grounds for some of the toxic waste from the industries. With trash and toxic materials accumulating, disgruntled citizens clashed with government officials about how to handle this environmental side effects of rapid industrialization.

In 1998, the government established a fund to encourage recycling. Manufacturers and importers pay a fee based on the estimated cost of collecting garbage which is separated into 33 categories. The authorities then distribute those fees to recycling companies, spending approximately 6 billion Taiwan dollars each year on subsidies to the recyclers, which pay collectors, who in turn pay the residents." This instilled a sense of awareness among the populace that their trash is worth a certain monetary value.

“It’s the incentives and the public educational programs that are key for our success,” said Lee Shou-chien of the Recycling Fund Management Board. He added that for many people, recycling has now become “a daily habit they are accustomed to.” Whether it is glass, plastic, paper, aluminum containers, tires, batteries or electronics, the Taiwanese public are well aware that they can be converted into cash.

As a result, Taiwan now has one of the highest household recycling rates in the world, roughly 42%, up from 5% in 1998, according to the country’s Environmental Protection Administration. The development bureau estimates that the rate for industrial recycling was even higher at about 80% last year, amounting to roughly 14 million tons. In 2012, waste companies generated a total revenue of 65.8 billion Taiwan dollars, or US$2.2 billion, according to the Ministry of Economic Affairs. That translates into 0.45% of national GDP - created out from garbage.

http://taiwantoday.tw/public/data/082016451571.JPG
Recycling culture has taken a solid root in Taiwan

“Recycling became huge because of the electronics firms,” said Chen Wei-Hsian, the secretary general of the Formosa Association of Resource Recycling, an industry organization. “That’s why recycling outfits have grown in number from about 100 in the 80s and 90s to more than 2,000 at present.” Chen told New York Times that Taiwan is becoming an international leader in recycling castoff materials, and a shining example for the rest of Asia.

For resource-poor Taiwan, the process is valuable. It works like this: the nation’s robust electronics industry feeds into the recycling industry, which mines out valuable materials and re-feed the electronics industry. Just as example, around 34.1% of the copper used in gadgets like the iPhones… comes from recycled sources. It means that manufacturers would be able to reduce their overseas copper imports by more than one-third, and instead get the lower-cost recycled alternatives from domestic sources.

Due to its good conductivity and general resistance to oxidation and corrosion in other environments, gold is widely used in the electronic era as a thin layer coating electrical connectors, thereby ensuring good connection. For example, gold is used in the connectors of the more expensive electronics cables, such as audio, video and USB cables. And here comes the interesting fact: Super Dragon Technology, one of Taiwan’s biggest recyclers, has recovered 330 pounds of gold and other precious metals just by recycling alone. It is now considering a diversification into gold trading since it can harvest gold that is 99.99% pure from discarded electronics.

"We are thinking about moving into a precious metals trading business, said Mr. Ding Guo Tsuen, Super Dragon’s chief technical officer, adding that the company could apply to the London Bullion Market Association, a trade organization focused on the gold and silver market. “We now have some great inventory of gold.” Wu Yao Hsun, the company’s chairman, says he believes he got cancer 20 years ago from the toxic processes used to extract gold, silver and other precious metals from the country’s discarded electronics. He has since successfully treated the illness and is currently cancer-free. 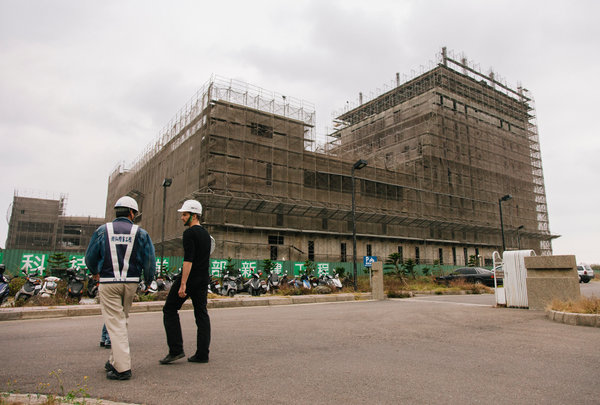 “In the old days, nobody knew the dangers, they just knew there was money inside,” said Mr. Wu. “The environmental problems were also huge. But the research and infrastructure were lacking. We had to modify our own machinery.” The government eventually recognized such problems, and started the Taoyuan Environmental Science and Technology Park, offering incentives for recyclers of glass, plastic and electronics that use advanced technologies and allocating funds to invest in the R&D to increase the island’s reuse rates.

Over the years, the industry, once largely made up of small and dangerous backyard operations, has developed its own high-tech expertise. Arthur Huang, founder of Miniwiz Sustainable Energy Development based in Taipei, says his company successfully convert trash, including electronic waste, into products like cellphone cases, wine bottle holders and fire-resistant construction materials.

http://earth911.com/content/uploads/2013/04/taiwan.jpg
Garbage recycling has risen to 0.5% of Taiwanese GDP

Chung Tai Resource Technology, which recycles glass and highly toxic chemicals like phosphorus and mercury, relied on European technologies when it opened 12 years ago in 2001. According to Mr. Yeh Chun Hsien, the company’s president, it had since refined the equipment to improve the process, developing its own system to turn 95% of the mercury and other waste from lighting products into raw materials. Super Dragon, on the other hand, has developed a processing technology that semiconductor makers use to spray superthin films onto their silicon wafers.

“The electronics companies have over the years, come to know better about precious metals in their waste,” Mr. Ding of Super Dragon said. “When the gold price jumped to US$1,800-$1,900 an ounce last time, they got savvier about what they were throwing away. They used to pay us to pick up their refuse - now we pay them to collect it.” Taiwan: Some of these will ended up back in your house again

The recycling advances have already begin to spread beyond technology waste. At the W hotel in Taipei, staff members are converting 300,000 plastic water bottles that are supposedly be thrown away each year - into coasters, games and keyholders for use throughout the property. “Sustainability in our business is somewhat of an oxymoron,” said Cary Gray, the general manager at the W Taipei. “But it makes perfect sense to use it as a way to engage our community. There’s a level of education, awareness and social responsibility in this city, and the government is highly supportive of creative industries. People have embraced this culture.”

At the clean and tidy construction site, workers are paving energy-saving shade-tiles on a Roman villa, with lagoon, garden and canopies. Unknowingly to some, these tiles are made out of old CDs, DVDs and computer motherboards. “Taiwan used to be an island with serious air pollution and garbage problems,” Environmental Protection Administration (EPA) Minister Stephen Shu-hung Shen told Taiwan Today. “But it now stands as an example of what can be achieved through the implementation of advanced waste management practices.”

http://assets.knowledge.allianz.com/img/recycling_separate_litter_taiwan_q_48823.jpg
Taiwan set to be a garbage re-export hub?

Taiwan is now a key innovator in the recycling industry. For instance, everyday we consume milk, juice or other liquids packaged in cartons made from paper, glue and aluminum foil. “The technology for separating the aluminum and plastic from the paper is already available in Taiwan,” said Lin Chien-hung, EPA’s Chiyai local bureau chief. “The plastic and aluminum thus obtained can be used in other products, while the paper can be pressed under great heat into boards and used to make furniture or as construction material. Therefore, after you finished the drinks, remember to send the cartons back to the recycling centers.”

As Taiwan’s recycling industries boom, the government is building the foundation to transform the island into an international recycling hub. After all, Singapore and South Korea, two countries dearth of natural resources, are able export over 1 million barrel of refined oil everyday, through importing foreign oil and then pass it onto their refineries, so much so oil currently account for 5% of Singaporean GDP. Taiwan could likewise import trashes from all over the world, have everything processed through its recycling centers, and re-export the recycled raw materials.

Really sweet and nice, hope our beloved Malaysia can act properly in 3R.

HI’ya
I want to know more about this business. Do you have a business contact for Wu Yao Hsun?
Thank You

[quote=“niaveidiot”]HI’ya
I want to know more about this business. Do you have a business contact for Wu Yao Hsun?
Thank You[/quote]
Wait moderator online, you create another account again, ok?

Do you know more about how they do this?