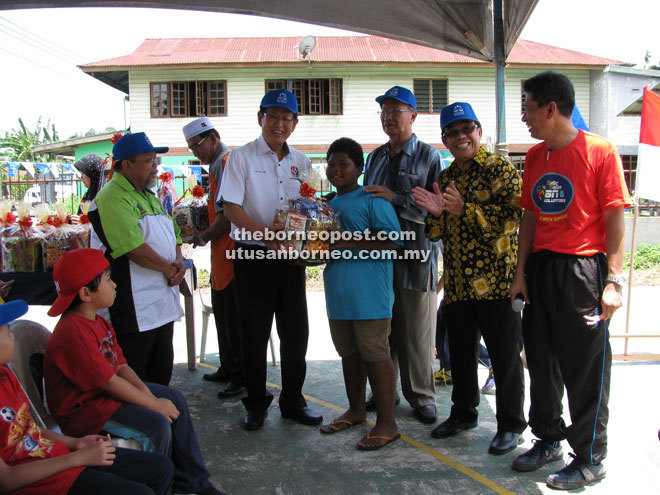 MIRI: Villagers here have been urged to give their total and undivided support to the Barisan Nasional (BN) government to ensure uninterrupted development and progress in the state.

Assistant Minister of Communications Datuk Lee Kim Shin said such support was vital to enable BN win with a bigger majority in the coming state election.

“Sarawak election is very important to us because it will determine the future of the state. Let’s make this work and give total mandate to the state BN. Only with a huge mandate will the Chief Minister Datuk Patinggi Tan Sri Adenan Satem be able to continue with his agenda to fight for the interest of Sarawakians,” he said when officiating at Telematch and Cooking Competition at Kampung Pujut Tanjong Batu yesterday.

Lee who is also Senadin assemblyman said BN had proven its capability to bring development to the state.

He reminded the people not to be easily swayed by the empty promises of peninsular based opposition political parties.

Touching on development in the village, Lee assured that construction work on its long-awaited community hall project would commence soon.

“I hope the completion of the project will serve as a symbol of unity and harmony for the villagers in Kampung Pujut Tanjung Batu.”