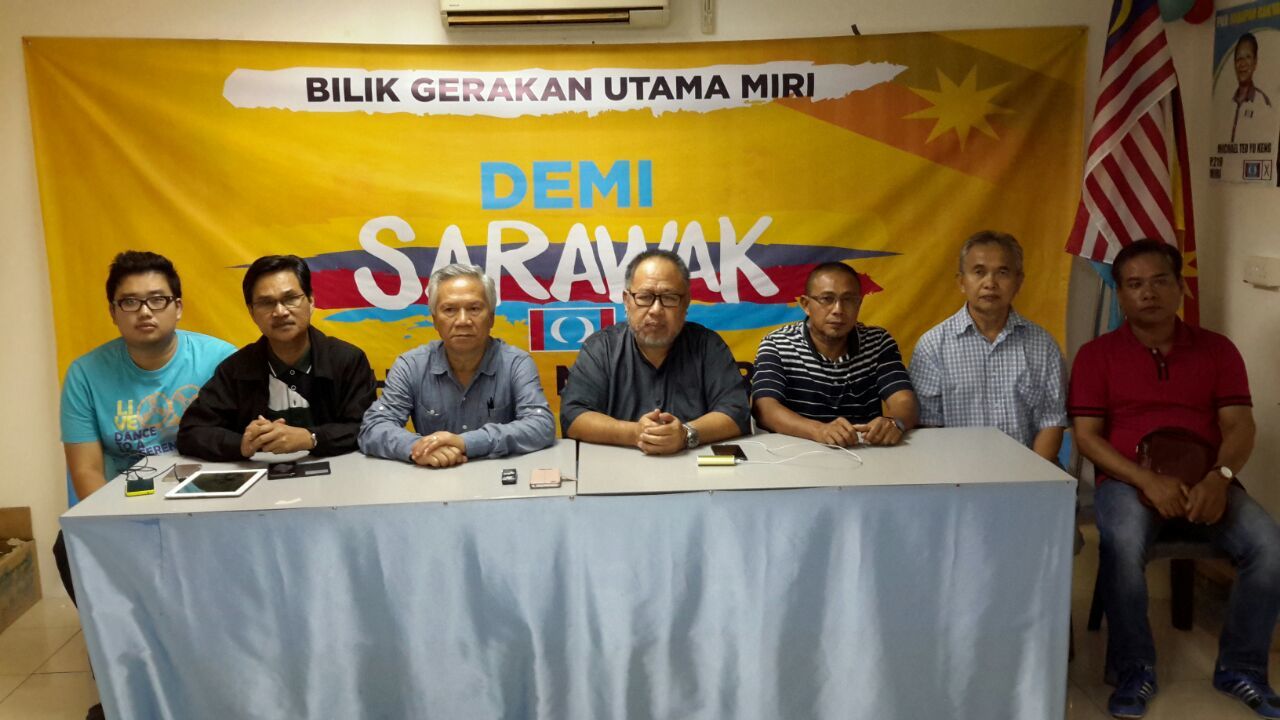 Baharuddin (centre) and Nicholas Bawin Mujah (third left) and others at the press conference at PKR Miri branch office.

MIRI: The Sarawak State Government has given a week-long greenlight for PKR top guns to pay their last respects to the slain Miri branch secretary Bill Kayong prior to his burial this Friday (June 24).

Among those who will be in Miri for the funeral are PKR president Datin Seri Wan Azizah Wan Ismail, vice-president Nurul Izzah Anwar and leaders from other states in the country.

In accordance to Iban customs, a wake will be held at his home at Desa Senadin Housing Estate starting today for friends and relatives from near and far to pay their last respects.

Bill, also known as Mohd Hasbie Abdullah, converted to Islam after marrying Hassyikin Hatta, an Indonesian. They have two children together.

He will be buried after the Friday prayers at the Muslim cemetery at Batu Satu, Kuala Baram.

Most of the PKR leaders from outside Sarawak are expected to land in Miri either on Thursday or Friday for a final send-off to Bill who was regarded as selfless and fearless social activist and PKR leader.