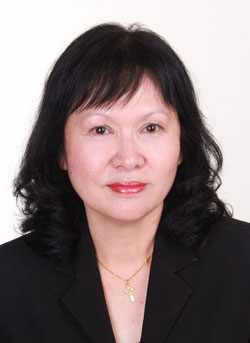 KUCHING: State Reform Party (STAR) president Lina Soo said the party has yet to make any decision on the number of seats that they are contesting in the 14th General Election.

According to Soo, the party’s Central Working Committee (CWC) will need to meet and make a decision on the matter.

“At the moment, I’m unable to give the answer because our party still needs to meet. It is the party’s decision, not my decision.

“As you know, politics now is very dynamic and very fluid. It can move in any direction. You have to see how the flow goes as well,” she said today.

Soo, who contested in the Stampin parliamentary constituency in the 13th General Election, said personally, she had not made any decision whether she would be contesting.

“I have not come to that stage on whether I should contest or not. But whoever, the party sends out to represent, it will be the party’s decision.”

She said things have changed so much since the last general election and that the party would have to assess the situation which she described as “quite critical”.

“Whatever decision (that we make), we feel that it will be the best for Sarawak and best for our party. It is not like during the last general election we contested in seven seats and this time we must contest in seven, 14 or 31 seats. We really cannot give any statement for that.

“In general, we have to look at the general situation, the political situation in Malaysia right now.”