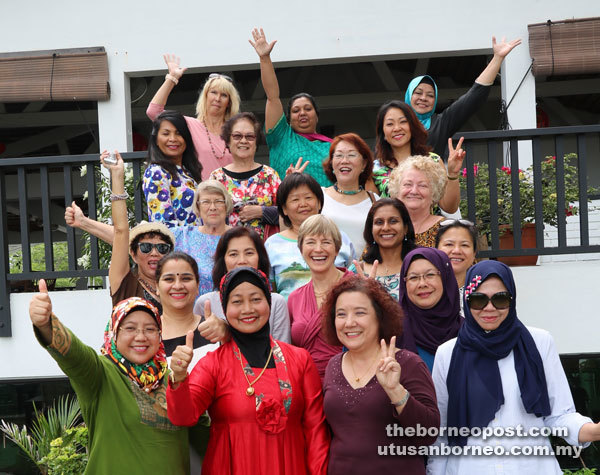 (Front row from left) Rosini, Cranfield, Soh and Nor Azalina with newly elected exco members and ordinary members ready to carry out activities for 2017.

This year’s re-election of Cranfield is her fourth term since 2014 and the third term for Soh, Rosini and Seema.

Speaking to The Borneo Post, Cranfield thanked past exco members and other members for their invaluable service to the association, enabling many activities to be held throughout 2016.

“Last year being the 30th anniversary of PWPM’s formation, a grand dinner was held on Nov 12 with founding member Mary Jane @ Mary Jaya as guest-of-honour,” she said.

Ten major events were held besides the weekly activities: cooking demonstrations on Monday, crafts on Tuesday, and yoga and dancing on Wednesday.

The projects were in support of the Innerwheel Club Miri AccuVein project for Kidney Dialysis Centre, Miri; the Cleft Lip and Palate Association of Malaysia (Clapam); and renovation of House No 3 at Piasau Nature Reserve to enable the association to carry out its activities.

Cranfield said the association hoped to continue most of the activities with the first major one – Chinese New Year Open House at House No 3 at 9.30am on Feb 8.