Some 300 in gotong royong to repaint school 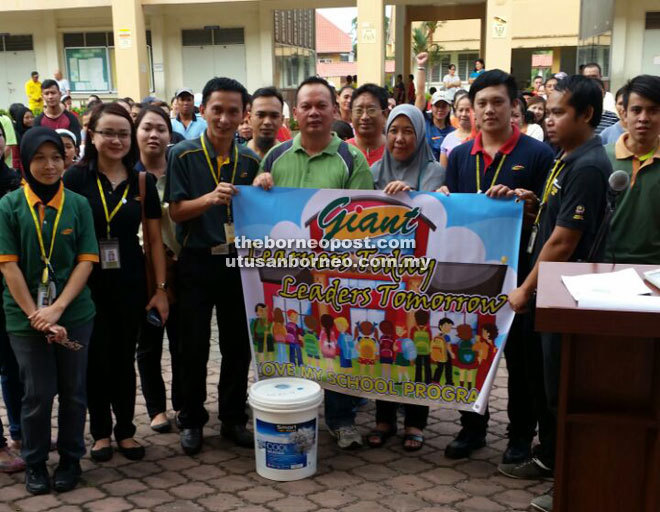 Henry (fourth left, front row) and the others before the start of the gotong royong.

MIRI: About 300 people comprising members of the Parent-Teacher Association of SK Senadin, school teachers and staff of Bintang Plaza Giant Supermarket here recently undertook a gotong royong programme to repaint the walls of the school building.

PTA chairman Henry Jugah said the paints were purchased with a donation of RM4,500 from Giant Supermarket to the association.

“We appreciate very much the support and financial assistance rendered by the Giant Supermarket management, as well as the staff’s involvement in the work party,” Henry acknowledged.

Henry hoped the good relationship between the PTA and the company would continue and that the management would continue to support the association financially for a good purpose.

Apart from painting the walls of the school building, the activities included repairing the school’s administration blocks and classroom chairs, trimming the flowers, cleaning the drains and the school’s surrounding.