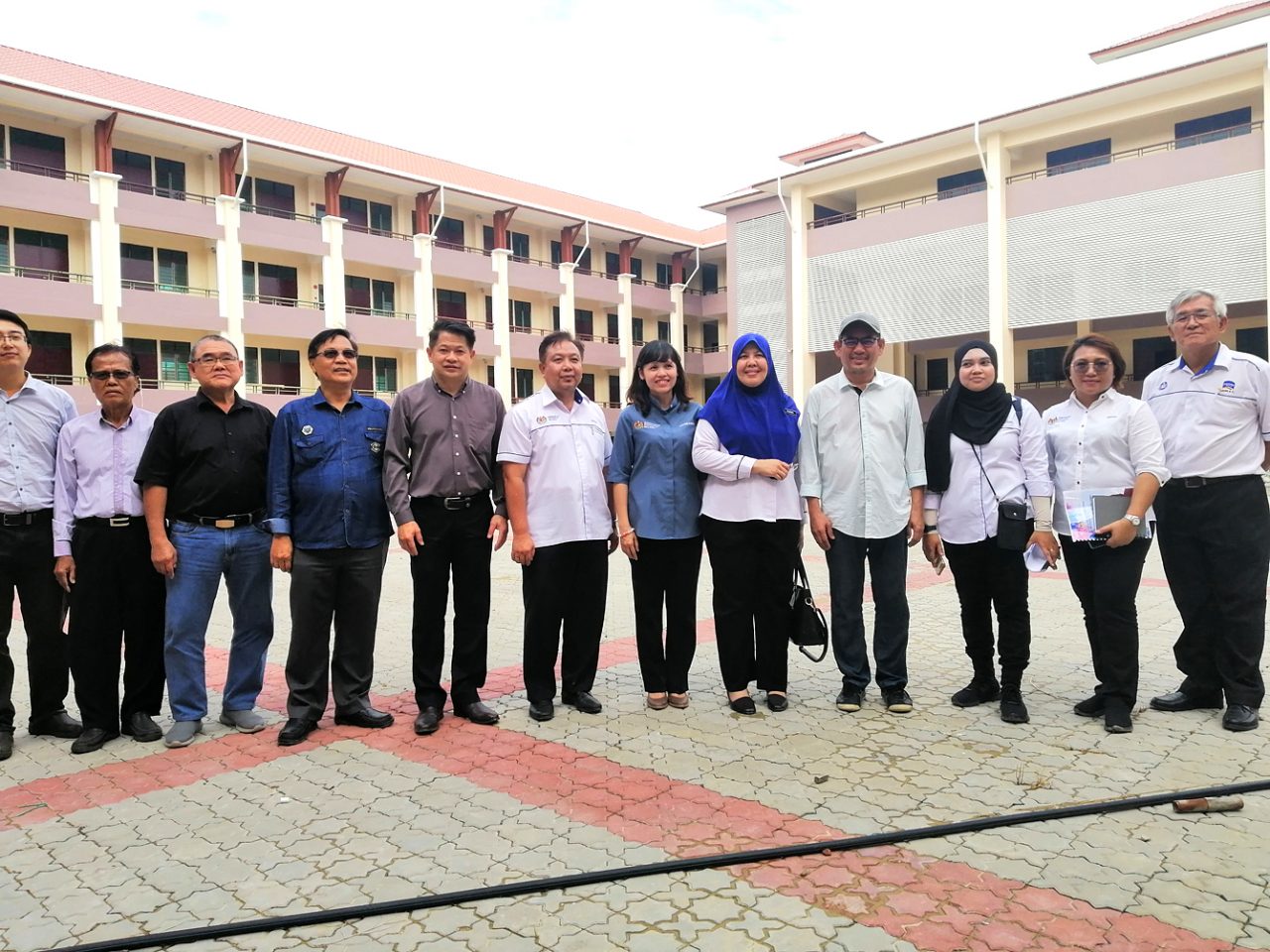 MIRI: Efforts will be made to ensure that the problems-plagued SMK Tudan project would reach completion, either by the middle of this year, or early next year.

In giving this assurance, Deputy Minister of Education Teo Ni Ching acknowledged that the project kicked off in March 2016, with the scheduled completion date on July 18, 2018.

“Due to certain circumstances, however, the date of completion for the RM48-million school project had to be pushed back to Sept 2, 2019. Judging from my visit here, it would still need more time,” she told reporters yesterday after conducting inspection on the site for the secondary school, near SJKC Chung Hua Tudan here.

Adding on, Teo said the SMK Tudan project had previously been given the extension of time (EOT) thrice, yet none of it was fulfilled.

“We are hoping that the main contractor would be able to finish the works according to the new timeframe that has been set.”

According to Teo, the project’s current works progress stands at 92.8 per cent towards completion.

Apart from this, she also pointed out that it would be crucial for the contractor to submit the application for the Certificate of Completion and Compliance (CCC) – a prerequisite for a building to be certified safe for occupancy.

“From my discussion with the main contractor, they will make the submission by March. After the CCC is obtained, other submissions to the Fire and Rescue Department and the local council are necessary too – only then can we proceed to prepare the school for operation.”

SMK Tudan is expected to accommodate between 1,200 and 1,400 students.

It would have a main building for the administration block and teachers’ room, 36 classrooms, a science laboratory, a computer laboratory, a library, and a canteen – among other facilities.

When inquired about the delay, Wan Saadi who represented main contractor Kurnia Matang Sdn Bhd, explained that it took them some time to earth-fill the swamp peat area, in order to stabilise and strengthen the foundation.

“There were also changes with the requirements by the local council that we must follow, like the entrance road and the widening of the road.

“These factors, unfortunately, have contributed to the delay,” he said, while adding quickly that despite the setbacks, they had maintained the costs.