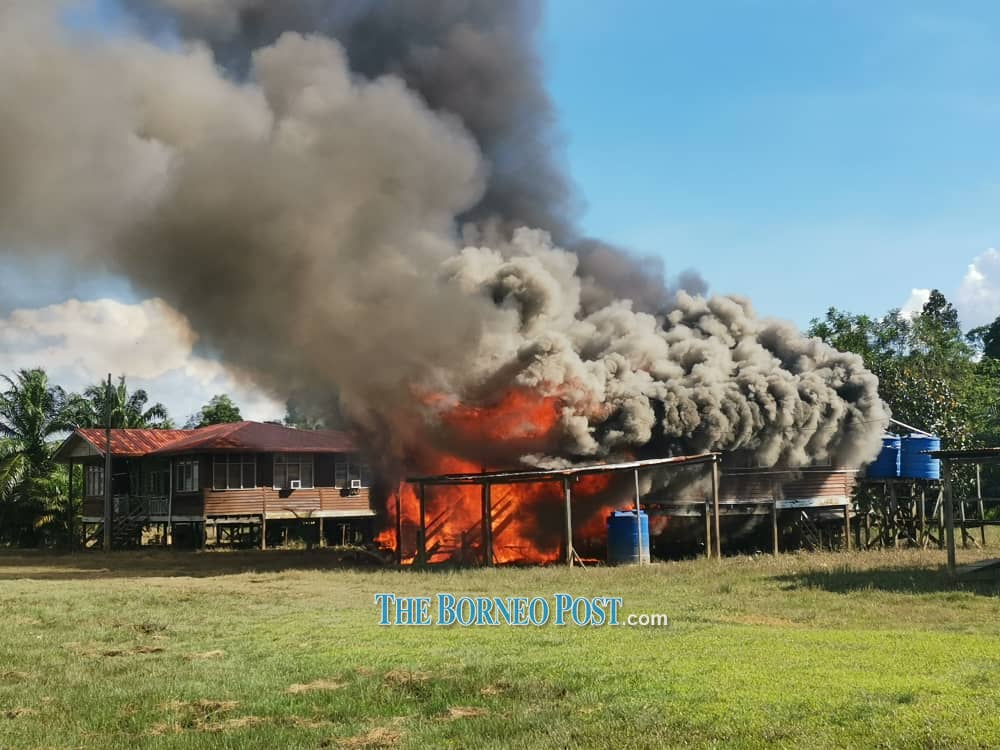 Photo shows the fire at its height.

MIRI (May 14): Two wooden teachers’ quarters at SK Long Bemang, Baram were burnt to the ground on Thursday (May 13).

Miri Fire and Rescue Department chief Supt Law Poh Kiong said the fire was detected at 3.40pm by a neighbour, who was on his way to his farm.

“Marudi Fire and Rescue Station chief Maureen Sim only received information on the fire via WhatsApp from a villager at 5.34pm as the village was facing telecommunication problems,” Law said in a statement yesterday.

He said the neighbour and a school security guard tried to put out the fire but failed.

They then sought help from villagers of Long Bemang, which is located some 500 metres from the school.

“The villagers together with Long Bemang volunteer firefighters went straight to the scene carrying fire extinguishers and portable pumps to control and extinguish the fire.

“But the quarters failed to be saved because the buildings were almost 100 per cent destroyed by fire when they started fighting the fire,” Law said.

The fire was completely extinguished at 5.30pm. 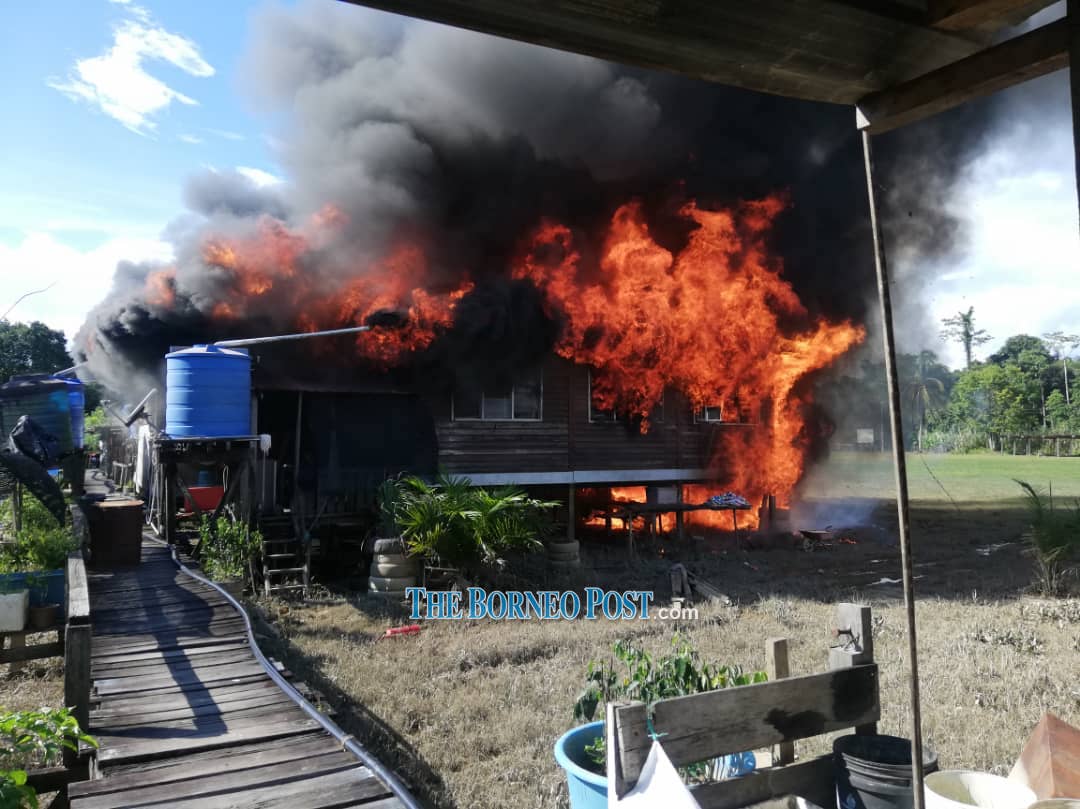 It is understood that both quarters, which were occupied by four teachers, were empty during the incident because of school holidays.

The cause of the fire and total losses have yet to be ascertained.

SK Long Bemang is located about 200km from here.

It takes at least five hours to travel to the school by logging road.