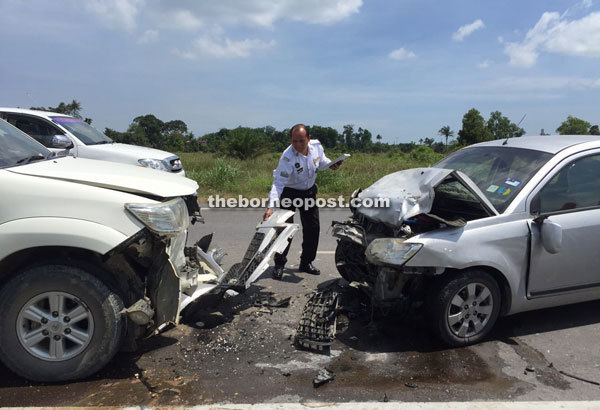 MIRI: Six persons were injured in a three-car crash that occurred along the Bypass-Vista road on Friday morning.

Among them were two toddlers, aged one and four years old, who are siblings.

Fortunately both toddlers were not injured though their mother and an aunt were.

Both toddlers have been taken to hospital for medical check-ups.

It was understood that the cars collided at about 11.15am.

The car carrying the toddlers was heading towards the city centre from Permyjaya when another vehicle in front collided with a four-wheel drive (4WD) coming from the opposite lane.

The sixth victim from the car that first crashed with the 4WD was injured and was treated by medical personnel.

All injured victims have been taken to Miri Hospital.

However, the 4WD’s driver and passengers were unhurt.