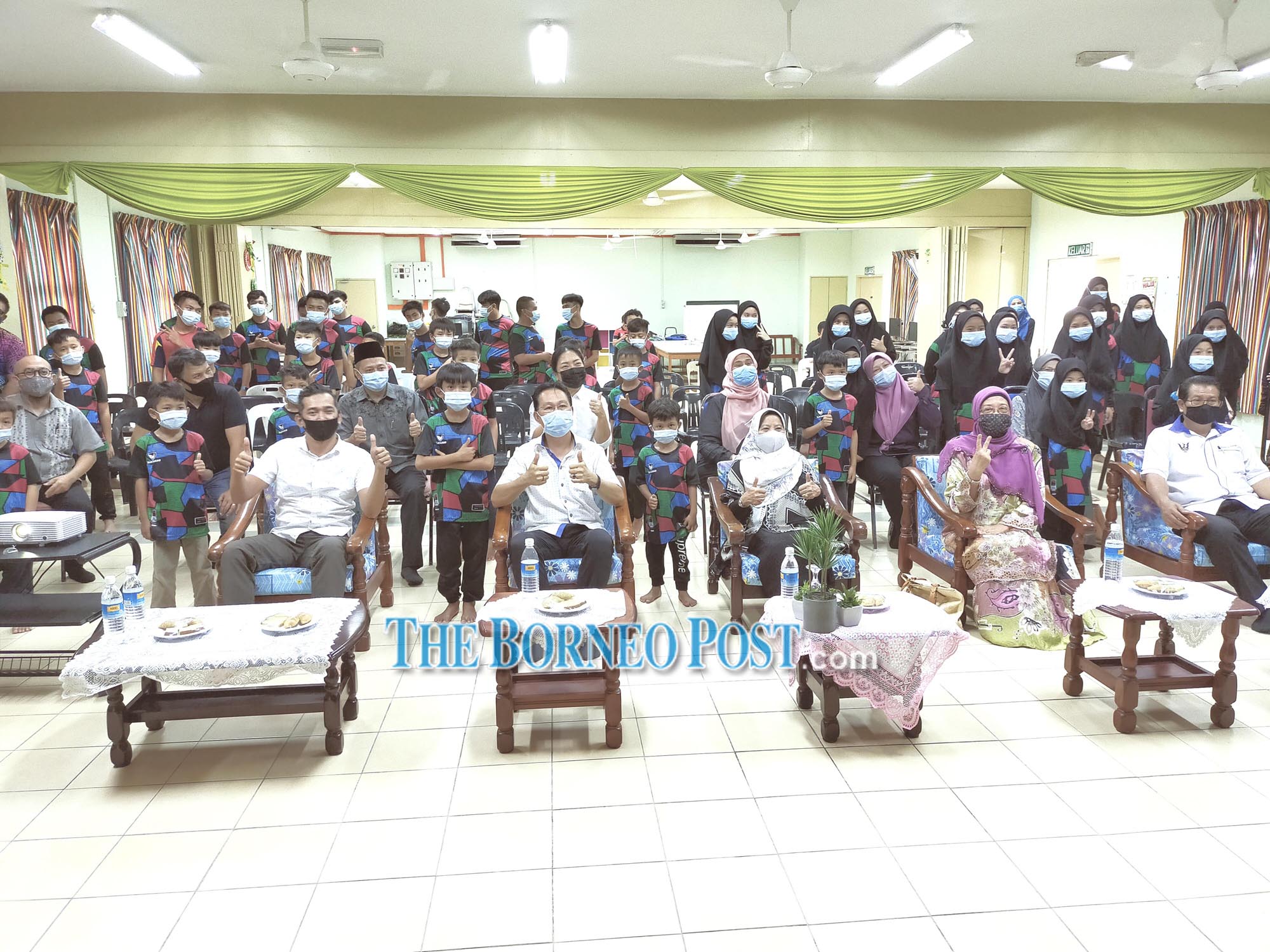 Rosey (seated third right) with others as well as orphans at Hamidah Welfare Complex during the visit yesterday.

MIRI: A temporary building will be built for the Hamidah Welfare Complex here which is riddled with cracks and sinking.

Welfare, Community Wellbeing, Women, Family and Childhood Development Assistant Minister Rosey Yunus said the government understood the problem faced by the management as well as the residents of the orphanage and immediate arrangement will be made to accommodate them.

“We are aware of the problem. That is why there is a suggestion to relocate.

“So for the time being, the temporary measure is to construct a new building with better foundation at the existing location here (Permyjaya),” she said during a visit to the complex yesterday.

The orphanage has been declared unsafe due to its damaged and broken structure due to sinking of its foundation, which has been going on for several years.

In the past few years, measures were taken with help of the government as well as non-governmental associations and private companies to resolve the problem but due to the nature of the soil, the problem continued to persist.

In view of this, it was proposed that the orphanage be moved to a better location.

“We have planned for this complex to move to a new location, but this will be time consuming as we need to identify a new place and will involve various other procedures. So as a temporary measure, we will build a better temporary building here,” Rosey pointed out.

She said she will seek approval from the patron of Orphans Welfare Organisation of Malaysia (Peryatim) Sarawak, Datin Patinggi Datuk Amar Juma’ani Tun Tuanku Bujang, for construction works to be carried out as soon as possible.

“We will have better piling and foundation work done this time and the matter has already been discussed with Datuk Amar (Juma’ni) during a meeting with her recently,” she said further.

She explained that the Hamidah Welfare Complex is open to orphans of all races and not just for Muslim children only.

“Some people think that this facility is just for Muslims but it’s not. People of all races and religions are welcome here as long as they meet the criteria.

“However, due to the situation we are facing at the moment, we cannot take in anymore children.

“Once everything is back to normal, we can operate at our full capacity and accommodate up to 150 orphans,” she said.

The complex currently houses about 60 children, with the youngest being six years old and the oldest 17 years old.

She advised orphans at the complex to study hard and do their best to create a better future for themselves.

“You are very lucky to be under the care of people who really care about you. Most things are provided for you here, so all you have to do is study hard and do your best in school.

“We want all of you to have a bright future and go to university or any higher learning institution once you complete your secondary school,” she told the orphans there.

At the same function, Rosey announced an allocation of RM10,000 for Hamidah Welfare Complex to run its operation.

Among those present were political secretary to the Chief Minister Sharkawi Suhaili; chairman of the orphanage’s board, deputy Miri mayor Julaihi Mohamad; chairperson of the orphanage, Shamsiah Sanai Tahir as well as local councillors.