Singapore to India: Continue to be inept, so we can benefit

Most Indian citizens generally agreed that their government is inefficient. If one recalled, India was much richer in 1950 with a GDP per capita 38% higher than China. The Chinese caught up in 1978, and today China has a per capita of $6,094 - more than 4 times India’s $1,338. Despite that, India has not learn its lesson, the country’s ineptitude is again inflicting self-damage. This time the benefactor is Singapore.

Richer and more advanced in 1950, India now trailed behind China by miles

Indian policy makers are stunned: after years of economic expansion, the global interest in Indian financial markets has finally surged, but it is Singapore, not Mumbai, who reaped the benefits. Last year, more stock futures and options based on the Nifty (Indian blue chip stock index) are traded in Singapore than India. Billions of dollars in rupee derivatives traded from Singapore nearly equal the amount of spot currency traded in India. Deals in Indian debt derivatives made in Singapore are close to the volumes in Indian markets themselves.

This is the result of long procrastination and failing to act on foreign investor complaints. Investors have been complaining about high taxes on portfolio investment in India, excessive caution towards derivatives and a poor track record in setting up new markets. Indian politicians ignored them while Singapore listened to them and proceed to deliver what they wanted. 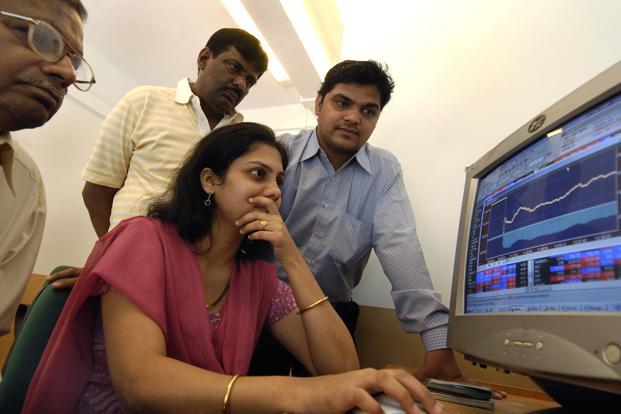 Now India is paying the prices. Picture this: India is having a hard time competing with Singapore in Indian derivatives trading. Ironic? It sure is. With Singapore rapidly establishing itself in the field, it will be difficult for India to attract the investment back, according to fund manager Samir Arora from Helios Capital Management, who trade Indian futures in Singapore. “There is one big advantage of being here,” Arora said. “You need investors, and investors pass through Singapore more than they pass through Mumbai.”

Last year India enacted a poorly written rules aimed at ensnaring tax evaders, including those routing investments through Singapore. But instead of doing good they sparked outcry among foreign investors, followed by an outflow of funds. Indian Finance Minister P. Chidambaram has vowed action to prevent the off-shoring of Indian derivatives, pledging to fix the mistakes and to find ways and means to bring the options markets back to India, although few expect any effective measures soon.

Finding those ways and means may be easier said than done. Singapore has become a major hub for trading rupee non-deliverable forwards (NDFs), a type of derivative that allow foreign investors to trade currencies of countries that restrict access from abroad. They are settled in dollars, so there is no foreign exchange risk. Singaporean trading volumes in rupee NDFs reached $7-$8 billion in 2012, up 70 times from $100 million in 2003, traders said. This is nearly equal to India’s own trading volumes.

What worries India is not just Singapore markets attracting flows in other derivatives, creating a missed opportunity for India, but also the risk of a parallel overseas market offering arbitrage opportunities that distort domestic prices. Singapore’s appeal is more than the type of markets it offers, it has less stringent incorporation rules.

http://www.bloomberg.com/image/imEH0Qvn4xbc.jpg
The Indian Stock Exchange - derivative market now have to share with Singapore

"Opening a foreign institutional investment account in Singapore takes a few days, but it takes up to six weeks in India, said Mr Krishnan Ramachandran, chief executive of Barjeel Geojit Securities in Dubai. “So the start itself is a hurdle,” Mr Ramachandran added.

The bigger hurdle is India’s more severe taxation. India has a 15% short-term capital gains tax on listed securities. Most domestic debt instruments carry a 20% tax on income earned, which Jayesh Mehta, India country treasurer at Bank of America in Mumbai calls the biggest showstopper. Singapore on the other hand, does not tax capital gains and its tax on interest income allows for certain exemptions, such as foreign-sourced dividends.

http://www.bloomberg.com/image/iBXxnTiGfIy4.jpg
Singapore beats India in its own game

It’s a loss to India. Net foreign fund inflows are coming into Indian stocks and debts, but now India has to share it with Singapore. In January 2012, the domestic share of all NSE outstanding contracts of Indian futures was 51 percent, but by January 2013 Singapore accounted for nearly 70 percent of the share, exchange data shows.

Always a good read from your posts.

Singaporean…really is amazing what they can do…

Singaporean…really is amazing what they can do…