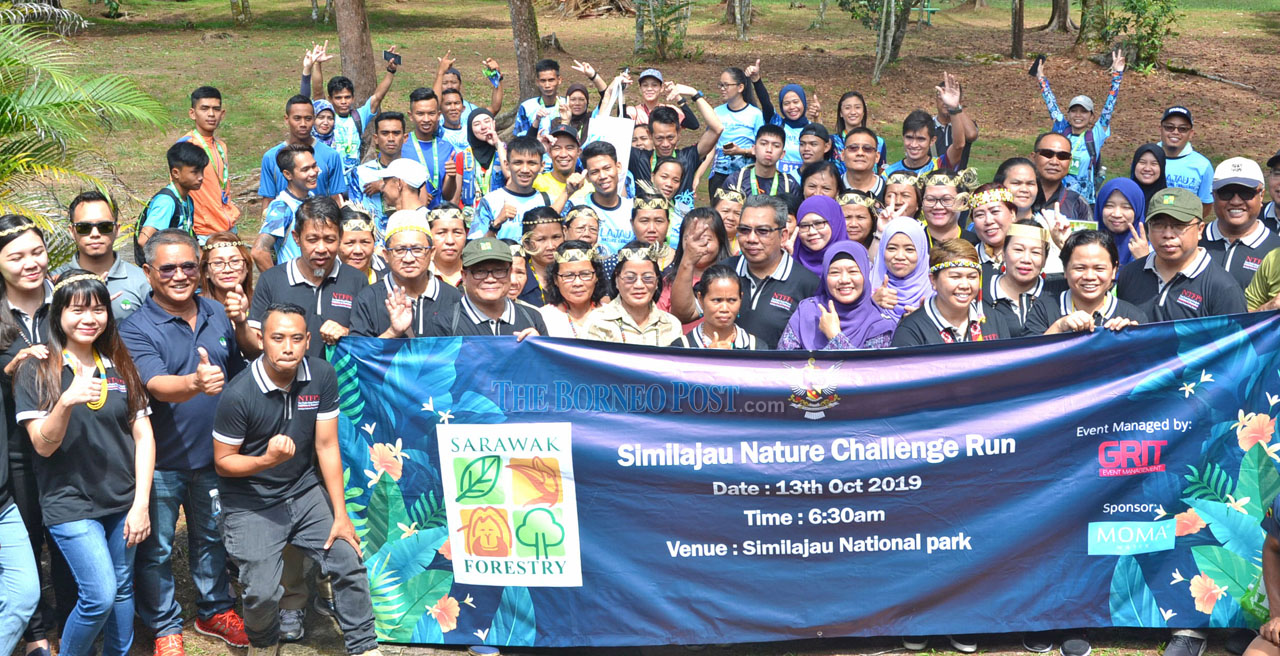 The Similajau Nature Challenge runners pose for a photo with the SFC senior officers after the prize giving ceremony.

“The run at the national park is a special recreational activity compared to other ordinary running events. I was told that the entries for the run filled up three days after it opened for public registration.

“We actually received more entries, but due to environmental conservation factor and for the safety of our runners, we had to limit the entry to 200 runners only,” he said at the prize giving ceremony.

Zolkipli said forest run is a new trend for younger people nowadays.For this year, SFC has chosen two national parks for the run namely SNP with the next event to be held in November at Kubah National Park.

Apart from practising healthy lifestyle, he believed forest run can instil greater public awareness of environmental protection and conservation and the importance of the national heritage.

“Similajau National Park has a good view, we should come here to appreciate the beauty of the nature,” he said.

Zolkipli said next year’s forest run will be on a bigger scale with runners from Miri and probably overseas in the future.

In the women’s category the first place went to Christy while second place was won by Neng Seh.