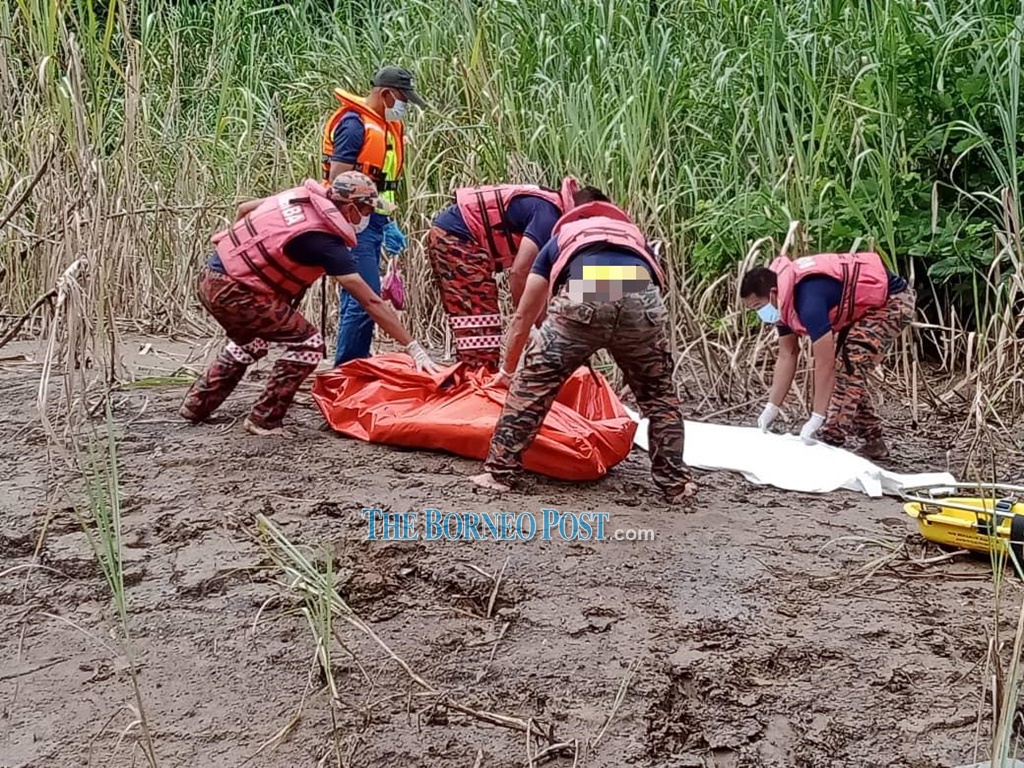 Rescue personnel recovering the body on the bank of the river. – Picture by Bomba

MIRI (Aug 18): The body of the second and final victim who drowned after a boat capsized in Sungai Tinjar near Long Aton in Baram on Saturday night has been found today.

The Sarawak Fire and Rescue Department Operations Centre said in a statement that the body of the male victim, Eduin Jala, 47, was recovered down river, near Long Sobeng at around 8.50am.

It said the location was about 90 minutes from where the boat had capsized. The body will be taken to SK Long Aton and will be airlifted to Marudi, it said.

The deceased was among five people who were in the boat which capsized at about 9.30pm on Saturday after it hit a rock.

Three of them managed to save themselves but Eduin and 14-year-old Franky Setiawan Jena were swept away by the strong current.

The teenager’s body was found at around 4.30pm yesterday, some 20 minutes downriver from where the boat capsized.

His body was later taken to Miri Hospital for post-mortem.

The ill-fated group was on a fishing trip after finishing works at the school.