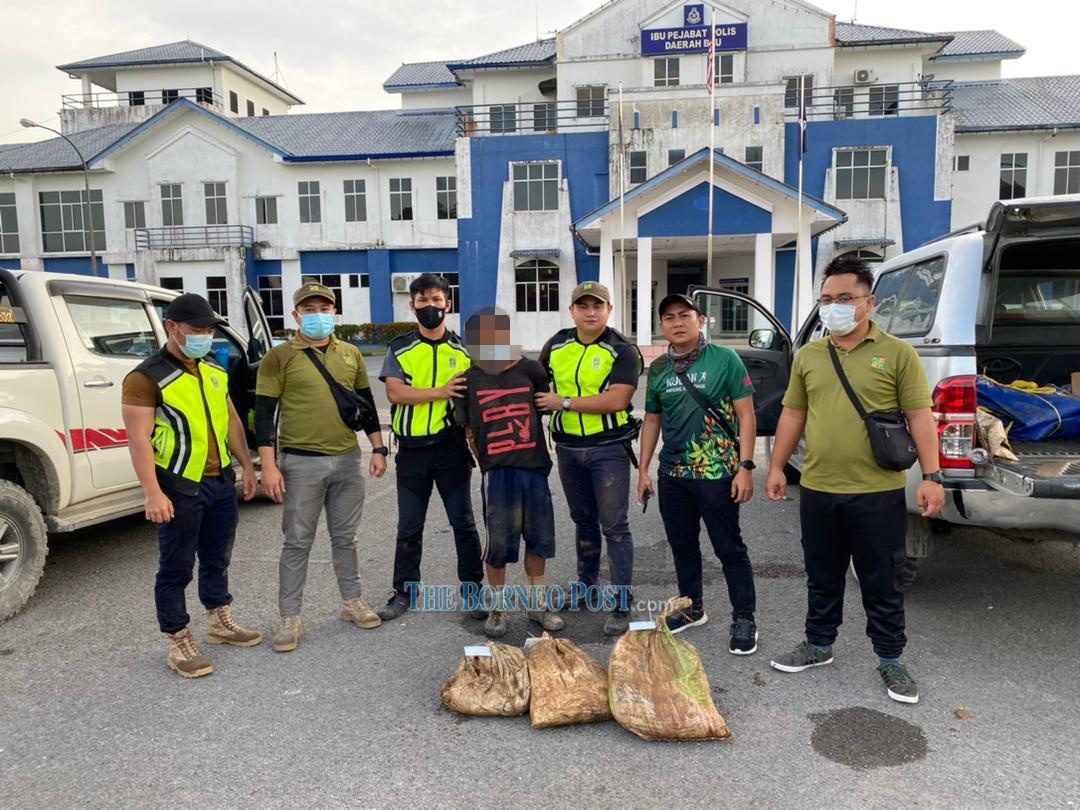 The suspect (centre) handed over to the police along with the three bags of soil.

In a statement today, SFC said two other suspects managed to flee the scene while the first suspect was arrested with possession of three bags of soil.

“The 36-year-old foreigner and the two other suspects were confirmed to be involved in illegal gold mining activities at Gunung Tabai Cave which is inside the DKNP,” it said.

A police report was lodged at Bau Police Station, and the suspect was remanded pending further investigation by the authorities concerned and their tools were confiscated.

Controller of national parks and nature reserves Zolkipli Mohamad Aton warned the community not to encroach on Gunung Tabai.

“We will not tolerate any illegal activities, including illegal mining, illegal logging and wildlife trade and will ensure that the offenders will be brought to justice,” he was quoted as saying in the statement.

He also urged the public to do their part in protecting the state’s natural heritage by sharing any information pertaining similar illegal activities in their area through SFC’s hotline.