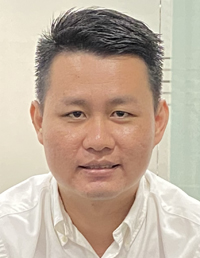 MIRI: A member of Dewan Negara is not happy over the rebranding of a national palm oil campaign slogan by the Minister of Plantation Industries and Commodities Datuk Dr Mohd Khairuddin Aman Razali.

Senator Alan Ling, a former member of the Malaysian Palm Oil Board (MPOB), feels that the slogan change from ‘Sayangi Sawitku’ (Love Our Palm Oil) to ‘Sawit Anugerah Tuhan’ (Palm Oil – God’s Gift) is not
appropriate, in that the latter seems to contain certain religious element.

He believes that this should not be the way in that the new slogan does not truly reflect the objectives of the campaign and with the religious element, it may lead to different perceptions from various quarters.

“This should not happen since the palm oil products are for the international market – instead, they should continue with the slogan launched earlier by the previous Pakatan Harapan (PH)-led government.

“The palm oil industry in Malaysia has reached 103 years and it is appropriate for MPOB to be firm in giving its own views to correct the slogan.

“I call upon the MPOB to stick with the main principle and purpose of providing protection to palm oil products in Malaysia, and it needs to be professional in maintaining its excellent
services – in this case, making its own stand,” he said in a statement.

Ling also viewed the ‘Sawit Anugerah Tuhan’ slogan as being very inappropriate because it did not apply the characteristics of government’s policy.

“I hope the government and MPOB would reconsider re-changing the slogan as it (palm oil) is the country’s main revenue generator and has nothing to do with religion.

“Previously, the government had been successful in raising public awareness of Malaysian palm oil products through the ‘Sayangi Sawitku’ campaign,” said the senator.