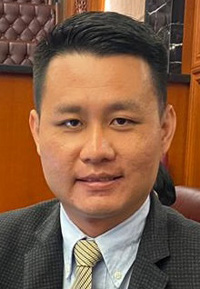 MIRI: Pakatan Harapan Sarawak secretary and Senator Alan Ling has questioned the decision to limit the sitting of the Senate to five days from the usual seven days, and called for an explanation from Prime Minister Tan Sri Muhyiddin Yassin on the reduction of debate time.

He said the seven days of sitting for the Dewan Negara was already considered short.

The next sitting of the Dewan Negara for this year has been scheduled for Dec 16 to 23 instead of from Dec 14 to 25 as initially planned.

Due to the Movement Control Order to contain the Covid-19 pandemic, the Senate sat for only one day on May 18, and 11 days from Sept 2 to 23 for the second session.

Ling, in a statement on his Facebook page yesterday, said sittings in Parliament should be intended to provide sufficient space and opportunity for senators to debate issues of concern among the rakyat.

The Dewan Negara (Senate) has 64 senators.

The Dewan Negara reviews legislations that have been passed by the lower house, the Dewan Rakyat.

All bills must usually be passed by both the Dewan Rakyat and the Dewan Negara before they are sent to the King for royal consent.

However, if the Dewan Negara rejects a bill, it can only delay the bill’s passage by a maximum of one year before it is sent to the King, a restriction similar to that placed on the
House of Lords in the United Kingdom.

“Compared to Dewan Rakyat which has long sitting period, Dewan Negara has a short period in the coming sitting and it’s important for senators to debate Budget 2021 and other issues including spread of Covid-19 infections.

“I appeal to YAB Prime Minister to give us an explanation on why such decision was taken,” Ling said.

The last Senate sitting for last year was held over eight days from Dec 9 to 19.

Ling said he received the notification from the secretariat in his email and senators WhatsAapp group at noon yesterday, and noted that questions from senators had been capped at 20 from 25 for the coming sitting.