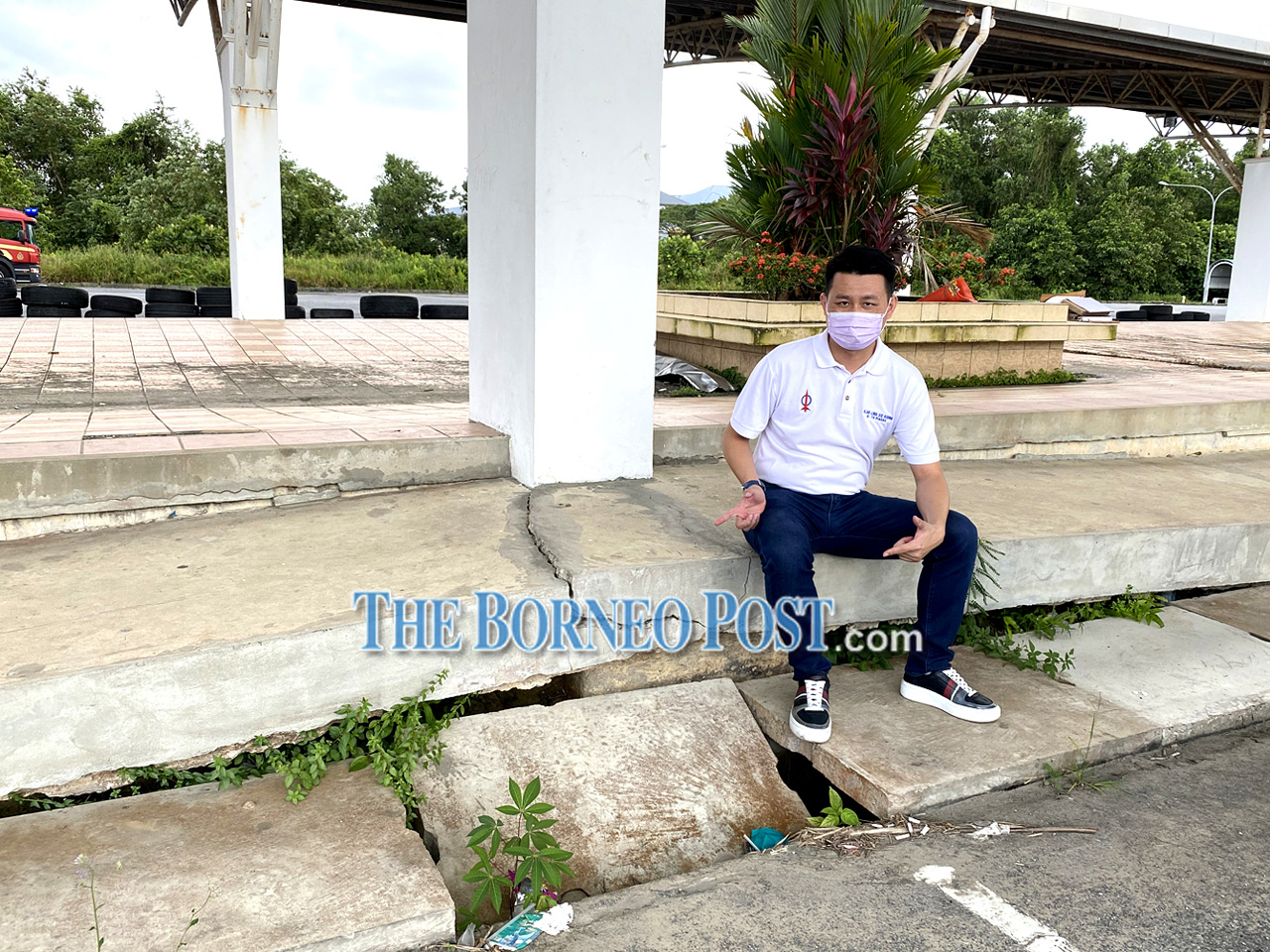 Ling sits on the cracked floor of the Tudan Bus Terminal.

Ling said the terminal was meant for long haul buses plying routes in and out of Miri but bus companies refused to use it because of its location.

It was built on a swampy land and the floor of the terminal is uneven and cracked while parts of the building had collapsed.

Ling said he had been informed that the public facility had been leased to private companies to sell used vehicles and is being renovated to be used as a restaurant.

“I urge MCC and Senadin assemblyman Datuk Lee Kim Shin to state the terms and conditions given to private companies or any individual to conduct business at the terminal which is a public facility.

“Is there any open tender process and how much is the rent per month.

“This is also a matter of transparency and accountability and whether open tenders have been held to act fairly to all who are interested in renting the facility,” the state Pakatan Harapan (PH) and Democratic Action Party (DAP) secretary said.

“During our visit, we came across five damaged buses that have been parked there (at the bus terminal),” said Ling.

Ling also urged the state government to conduct a more detailed study on the suitability of the site and locality for a public facility.

“This is to prevent more ‘white elephant’ projects from appearing without any recovery plans.

“This is a waste of the people’s money and land resources,” he added.