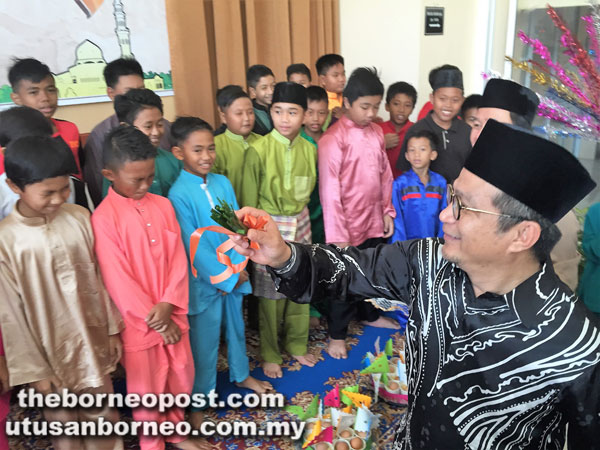 He said such a conference was held for three days last week for headmasters from Miri, Bintulu, Limbang and Lawas.

“This sort of conference will also continue to be held in Sibu and Kuching next February,” he said.

Dr Annuar said leadership of the school headmaster played a vital role in ensuring the direction and prestige of any school.

“The leadership of a headmaster plays a paramount role in ensuring the direction and performance of the school,” he said to reporters after officiating at a mass circumcision and ‘Khatam Al Quran’ programme held at An-Nur mosque here yesterday.

A total of 50 boys took part in the annual mass circumcision programme held during the year-end school holiday.

In his speech earlier, Dr Annuar urged the parents to always monitor the movement of their children during the long school holidays.

“As parents, we must be attentive to our children especially during the school holidays so that they will not be easily influenced by social badhats. This could be done by sending our children to Al Quran academic programme at An-Nur Mosque and schools,” he said.