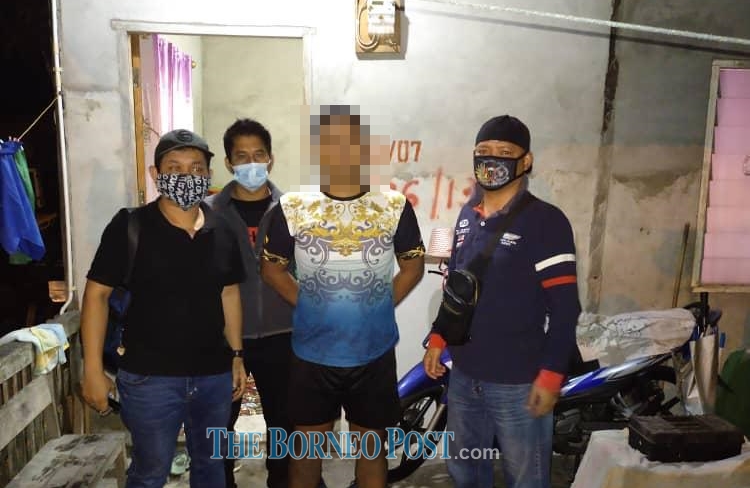 The suspect (second right) was arrested after an internal investigation uncovered evidence pointing to his alleged involvement in stealing money out of an ATM machine he was tasked with maintaining.

District police chief ACP Hakemal Hawari confirmed the arrest of the local man by a team from the Crime Investigation Division (CID) at a house at Kampung Tunku Abdul Rahman at around 1.30am during Ops Tahun Baru today (Jan 8).

According to Hakemal, a report on the incident was made at 3.23pm yesterday (Jan 7) by a cashier supervisor of the security company where the suspect had worked.

“Initial investigations revealed that at about 9am on Dec 9 last year, while the complainant was in the office, he had received an email for a financial services company here saying that there was a shortage of money amounting to RM20,450 from the ATM for money collection dated Nov 14 last year,” said Hakemal.

According to Hakemal, the complainant’s company conducted an internal investigation and found that the suspect had worked on maintaining the machine at around 3.30pm on Nov 12 last year.

It is learned that the suspect who had worked at the company for over a year had later admitted to having taken the money while maintaining the machine.

Hakemal said the suspect has no previous criminal record and the case is being investigated under Section 381 of the Penal Code for stealing from one’s employer.

The post Security guard under arrest for allegedly stealing money from ATM machine he was supposed to maintain appeared first on Borneo Post Online.