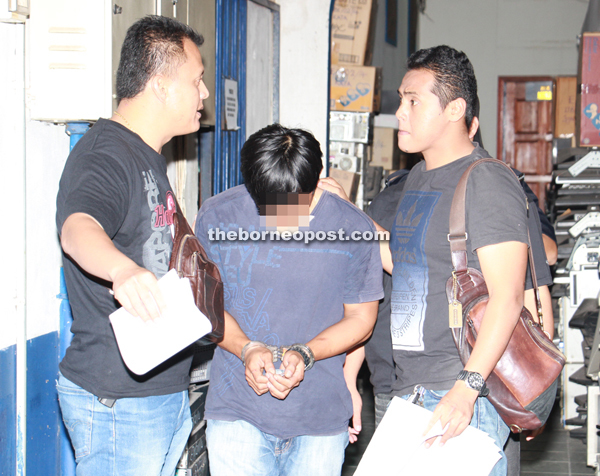 The suspect (centre) being led off to the police station for questioning.

It is learnt that the arrest was made around 10.50pm on Friday, following a public tip-off on the security guard’s whereabouts.

The suspect was picked up near an alley of Jalan Bintang here while police also recovered the stolen motorcycle. The suspect was detained under police custody to facilitate investigations into the case.

It is understood that sometime in April, the motorcycle owner was involved in a crash reported in Tudan, which caused him to be admitted to hospital for several weeks.

Upon his discharge from hospital recently, none of his relatives knew the whereabouts of his motorcycle, prompting him to lodge a police report.