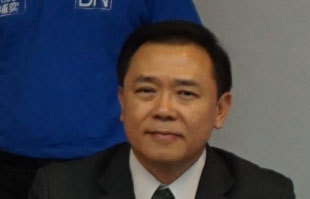 MIRI: Sarawak Energy Berhad (SEB) has prepared a contingency plan for any possible power disruption during counting of votes for the May 7 election.

Its senior vice-president (distribution department) Lau Kim Swee said SEB had set up an operation centre to closely monitor the distribution of power supply throughout the state for this election.

“We have readied our technicians at various locations as well as generator sets to prepare for any eventuality during the counting of votes.

“However, we can’t guarantee this 100 per cent because we do not know what will happen. We will do our best to ensure a smooth vote counting process,” he told the media in a joint press conference with Miri City Council (MCC) yesterday.

Earlier, Lau had a closed-door discussion with mayor Lawrence Lai on the recent intermittent outages which affected several areas in the city.

He said the outages were caused by faulty 33kV transformer at Tudan sub-station and the hot weather.

He said the extreme hot weather in Miri had affected the power supply which caused a rise in load in some parts of the city.

“The peak load for Miri has risen from the normal average of 167MW to 181MW of late registering an increase in peak load by 14MW.

Lau said SEB had taken immediate measures to resolve the problem by laying new LT feeder cables to shift and divert excess load from the feeders.

In addition, he said SEB was continuously monitoring the load increase on some of the LT feeders particularly those which had the tendency of incurring heavy loading.