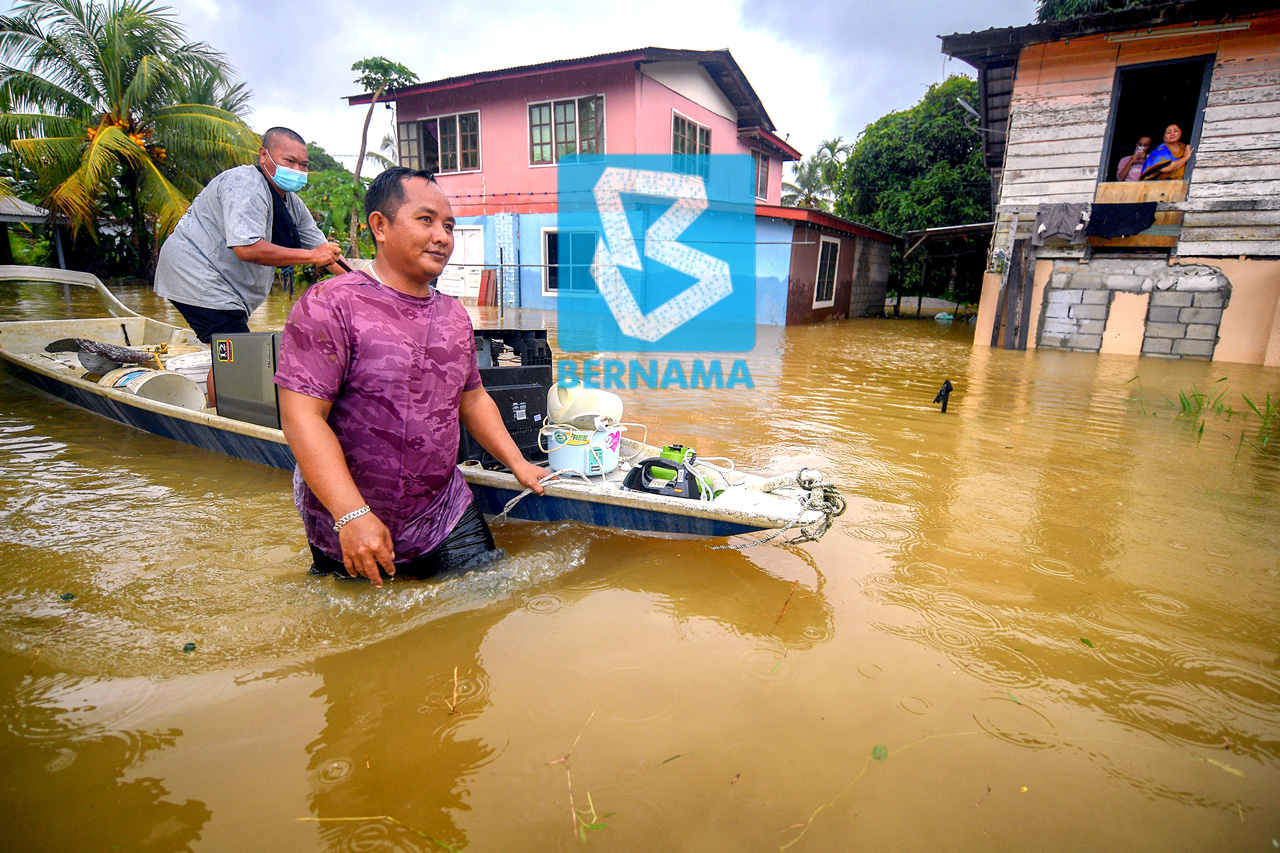 Mohamad Fatihi, 40, from Kampung Rantau Panjang in Batu Kawa in Kuching (front), assisted by a villager, uses a small boat to move electrical appliances to higher ground after the village was hit by floods yesterday. — Bernama photo

KUCHING: A total of 646 flood victims from 170 families were displaced by floods from Tuesday to 8pm yesterday.

The Sarawak Disaster Management Committee (SDMC) said in a statement yesterday that 10 flood evacuation centres have been set up in three divisions to accommodate the victims.

In Kuching, six evacuation centres were set up and the one providing shelter to the most number of victims was Dewan Serbaguna Malihah with 208 residents from 48 families in the area.

In Serian, two evacuation centre have been set up, one at Dewan Kampung Betong Kanowit sheltering 23 victims from six families who were evacuated to the centre at 10.30pm on Tuesday, and the other at Kampung Lintang Baru with a total of 88 victims from 22 families.

As of press time, no evacuation centre was set up in Bintulu as the level of flood water was receding and under control.