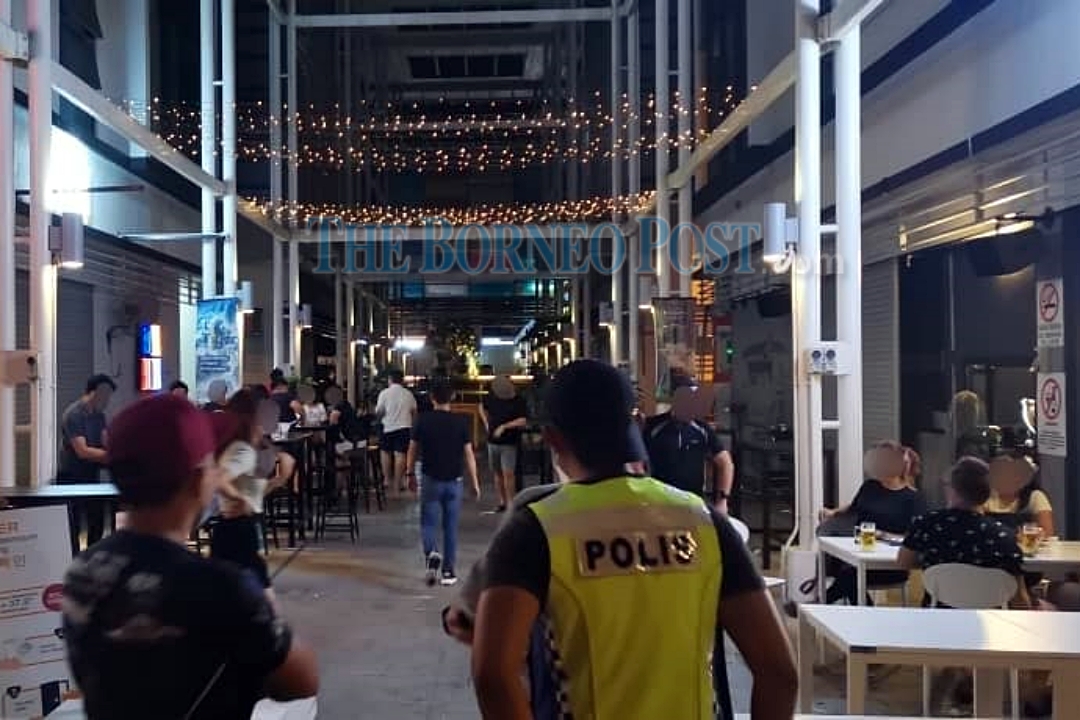 Police checking a premise in Kuching for SOP compliance recently.

KUCHING (April 29): A total of 25 police compound notices for Covid-19 related offences have been issued to individuals involved in the Icom Cluster here so far and with more to come, the Sarawak Disaster Management Committee said.

“There are still compounds which have not been issued to those who were involved in the SWAG gathering because investigations are still ongoing,” it said, using the acronym of company, Signature Wealth Advisory Group.

The Icom Cluster here was announced on April 22 after 31 infections were recorded. Today, eight more cases were recorded bringing its cumulative total to 48.

SDMC had said last week that the cluster involved participants of a dinner at a restaurant at Cityone Megamall before moving on to a bistro at Jalan Song on April 13; adding that the index case also attended a training session on April 14 company located at Icom Square.

On Sunday, SWAG took to Facebook to apologise for the Covid-19 infection group which led to the Icom Cluster.

It admitted that it failed to abide by the standard operating procedures (SOP) and that it had handed over a list of names and personnel to the authorities for further action.

Aside from the Icom Cluster, SDMC said in its Covid-19 daily update that the police had also issued compounds to individuals in Kuching (four), Bintulu (four), Padawan (three) and Miri (One).

SDMC added that this brought the cumulative total of compound notices issued since March 18 last year to 6,043.