Scream For The Most Unforgetable Gathering 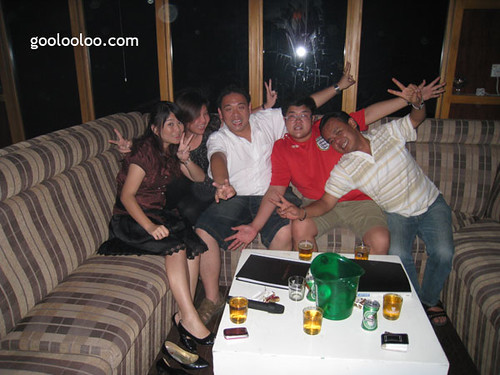 Please give some comments about it…

I could feel the joy and warmth, Jerry.

knn yong also got leh…how come no find me???

wow… who holds the camera!!!

lex… i am not in that grp la! i am not the cameraman duh!

the camera hold it self :mrgreen:

knn u no find me :twisted: :twisted:

No, Lex. It was not Hui Lee holding the camera.

Oh… the camera was hold by the waitress of the shop. Btw, it was midnight call, so didn’t manage to get up most the gang to join. Perhaps it wasnt organized by Jerry, we just join in the others. Cheers, gotta have more fun next time round. See you guys…

muahaha, the more the merrier ley… >.<

Sorry that’s not me.

Hope to join u guys again.

But, make it on Friday night or Saturday night la, pls?