School to construct walkway for students 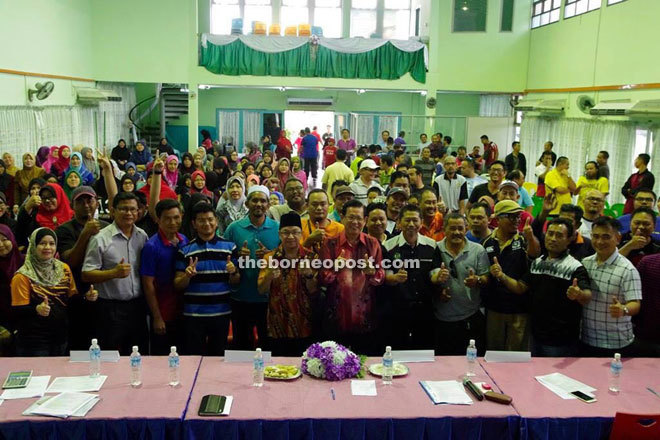 Front row fifth from right: Ishak, Lee and others giving thumbs up to the school’s PTA.

MIRI: SK Agama MIS Miri will construct a walkway connecting the school building to its surau and along a waiting area for the benefit of its students.

Its Parents-Teachers Association (PTA) chairman Ishak Baijuri said they would use the RM20,000 government grant from Assistant Minister of Communications Datuk Lee Kim Shin to finance the project.

Lee, who is also Senadin assemblyman presented the grant to the school’s PTA during its Annual General Meeting held at the school premises recently. Some 300 parents whose children are pupils of the school attended the meeting which was officiated at by Lee.

On behalf of the PTA, Ishak thanked Lee for the contribution which meant a lot to the school and its students. After the meeting, the parents took part in a gotong-royong activity at the school. Also present was school headmaster Zaidi Abdul Hamid.