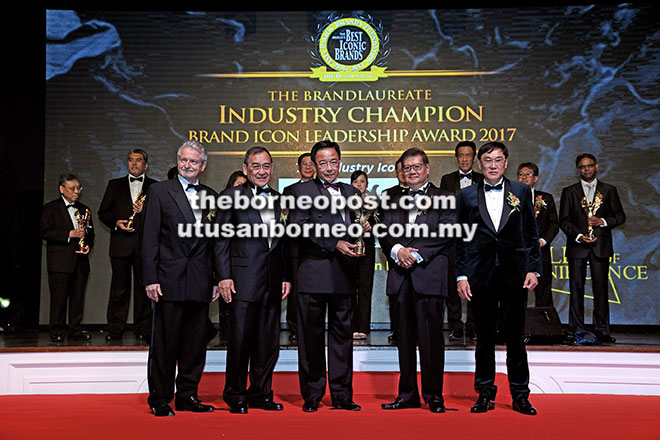 The recognition was awarded by the Asia Pacific Brands Foundation (APBF) at The Majestic Hotel in Kuala Lumpur recently.

Established by the state government in 2006, the bureau has played a pivotal role in positioning Sarawak as one the leading second-tier destinations for business events within the region.

“The BrandLaureate pays tribute to iconic brands and we are grateful to be recognised again for our advocacy of excellence for the sector and the destination,” said SCB chairman Tan Sri Dr Muhammad Leo Toyad Abdullah, who was also present to witness this win.

SCB was also the recipient of the ‘BrandLaureate Country Branding Award 2011-2012’.

According to BrandLaureate founding president Dr KK Johan, the bureau has been at the forefront of promoting the Sarawak brand in MICE and tourism areas to the world.

“The SCB has done a great job. It is highly committed to its role and its success is reflected in the many MICE events held in Sarawak and the number of tourist arrivals,” he said.

Meanwhile SCB chief operating officer Amelia Roziman said the BrandLaureate win was a testimony of its past branding efforts, as well as an affirmation of its brand strategy for the destination under its boldest campaign yet, the ‘Redefining Global Tribes’.

The APBF is the only foundation in the world dedicated to developing brands in a myriad of business backdrops. The foundation aims to promote brand excellence among organisations within the country and beyond.