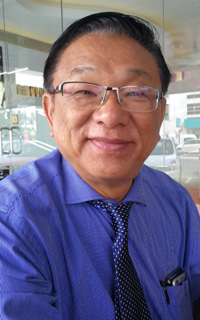 MIRI: Sarawak has a good record of vaccination of children against major illnesses.

Pointing out that the vaccination programme is up to world standard, Miri MP Dr Michael Teo said countries such as the United Kingdom recognised the programme as an effective preventive measure.

Health as these are quite costly,” he said.

Citing the celevarax vaccination for girls as an example, he said it is very important as it can eliminate the cancer of the neck of the cervix due to viruses. A gynaecologist by training, Dr Teo said parents who refuse vaccination for their children are putting them in harm’s way.

“Everyone should get vaccination and not try to save on the expenses as these are meant to prevent illnesses which may be hard to cure,” he said.

“It has been proven that vaccines can prevent many illnesses, including the latest cervical vaccine in preventing viruses which can cause cancer in women,” he added.

The next generation of women could prevent cervical cancer through different types of vaccines, he pointed out.

“Vaccines are quite expensive, between RM200 and RM50O, with the more expensive types covering many types of viruses but the 11, 15 and 18-type of viruses are also covered by the cheaper type,” he said.

Dr Teo said some communities, including those in the West, shunned vaccination or modern medicine due to religious convictions or beliefs.

“The complications are high. Vaccinations should be encouraged as it can prevent many illnesses, including those against rabies in dogs and animals. First vaccination is done at birth against Hepatitis B, Tuberculosis, Rubella (three doses) and polio, peturssis and diphtheria.

“Epidemics can kill children by the hundreds or thousands if more Malaysians refuse vaccination, with measles as one of the biggest killers of children in the world.

“Multi-viral vaccinations such as one-in-five types covering multi-viruses are now available to Malaysians,” he said.

According to the Health Ministry, immunisation for diphtheria is included in the series of five vaccines; namely diphtheria, pertussis, tetanus, polio and haemophilus influenza Type B given at two, three and five months as a prime dose and 18 months as an added dosage.

Immunisation is a preventative health strategy and parents should ensure their children are vaccinated according to schedule. Skipping or delaying vaccination will affect the health of their children as well as other children and babies.