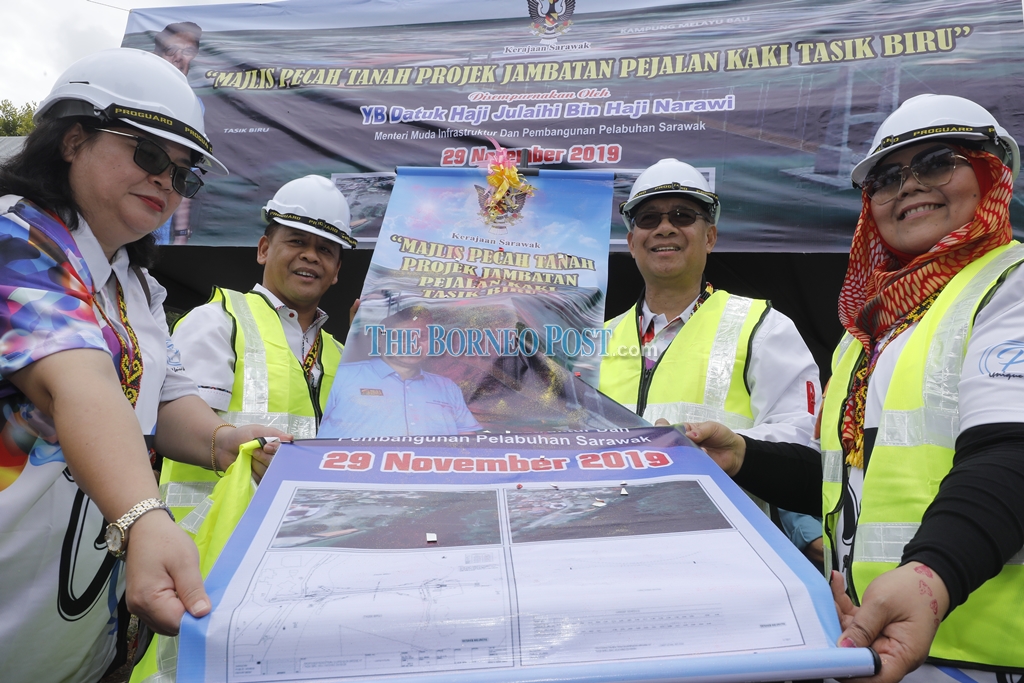 He said the proposed road had been divided into two parts — the major alignment which is the trunk border security road and the feeder roads that connect the trunk border road with the state’s assets.

He said the road will run parallel with the Sarawak-Kalimantan border, stretching from north to south.

“Of course, the roads will be on our side – the alignments must be on Malaysian soil, within the territory of Sarawak.

“The estimated cost to build the proposed border security road at the moment is more than RM24 billion.

“This is based on the length of the road that we have planned, that is about 1600km long, for both the trunk road and the feeder security roads,” he told reporters after launching the Tasik Biru Festival and a new pedestrian bridge at Tasik Biru here today.

Julaihi noted that the proposed road was very important as Indonesia is planning to relocate its capital city from Jakarta to Borneo Island.

The move by the Indonesian government, he said, would certainly bring a huge impact to Malaysia, especially Sarawak.

“Therefore, we must keep pace with what is going on on the other side.

“Because of that, we also feel that in terms of security and socio-economy, the border security road along the Sarawak-Kalimantan Road is of prime importance,” he said.

Julaihi said the Sarawak government would bring up its plan to construct this border security road to the federal government for consideration because it involves national interest and security.

Aside from that, he believed that connectivity is important because it would help open up the whole area, as more roads will enable the government to develop more areas in the state.

He said Sarawak needs the feeder security roads because it needs to protect its assets like Bengoh Dam, Batang Ai Dam, Murum Dam, Bakun Dam as well as other mega projects in Bintulu and Miri area.

“We have to protect our assets including our plantations and so forth, which we can only do if there is connectivity,” he said.

Julaihi said at the moment, the proposal was still at the state level, where the relevant authorities are still working on it.

Asked on how soon they would put the proposal forward to the federal government for consideration, he said, “Hopefully in 12the Malaysia Plan.”