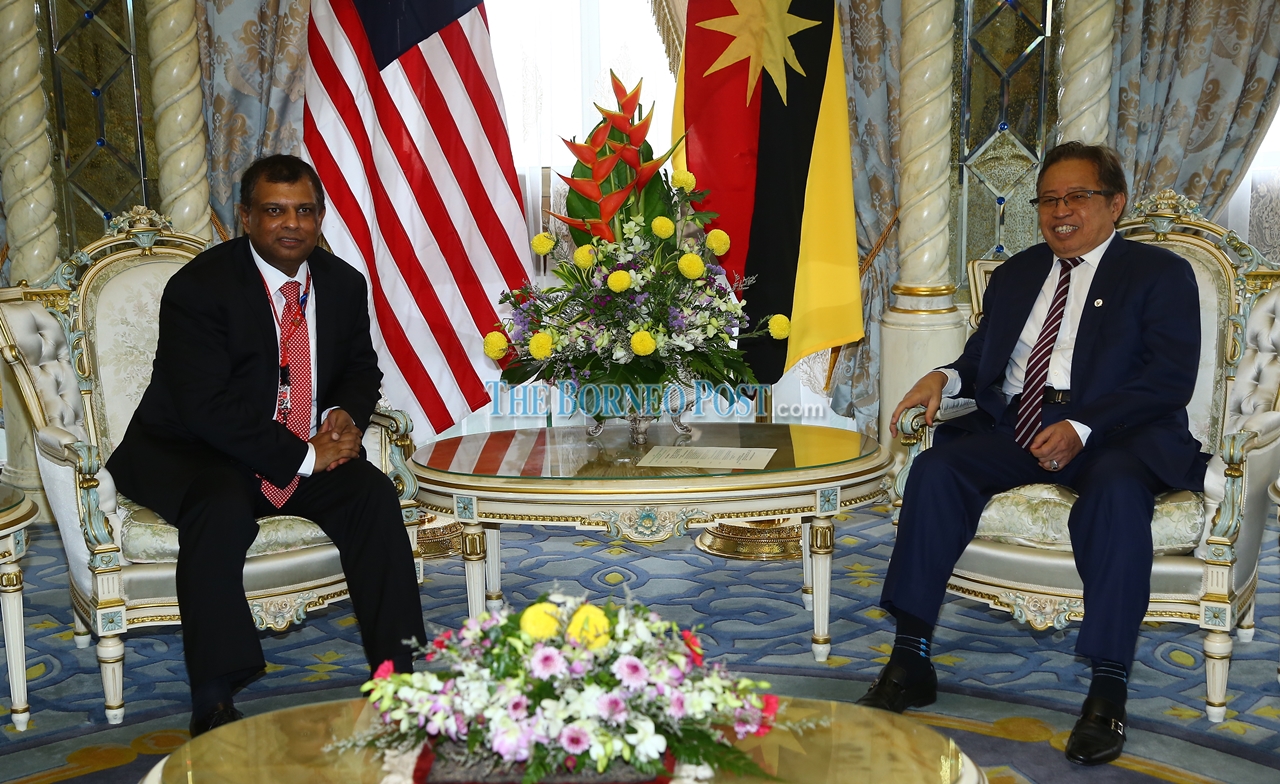 KUCHING: AirAsia is looking at expanding its operations in Sarawak as the low-cost airline has done very well in terms of domestic tourism for the state over the years, said its group chief executive officer Tan Sri Tony Fernandes.

He said since starting the airline 18 years ago, AirAsia has brought 60 million people to Sarawak.

“Our fly-through this year increased by 43 per cent where 70,000 people came from different countries to the state via Kuala Lumpur.

“We’re thinking of our next round of expansion and believe that Sarawak, particularly Kuching, Miri and Sibu, is very crucial for us,” he told a press conference after paying Chief Minister Datuk Patinggi Abang Johari Tun Openg a courtesy call at his office in Wisma Bapa Malaysia here today.

He revealed that the courtesy call on Abang Johari was to learn about his plans to increase the state’s tourism and investment in tourism infrastructure.

“Our main message to him is that we want to reinvest and partner with the Sarawak government for a win-win scenario.”

He also acknowledged that AirAsia only managed to enjoy “limited success” with several international routes via Kuching.

“To be honest, only Singapore has been consistently doing well and when we started (the direct flight to) Shenzhen, that didn’t go so well.

“We also have another successful international route which is via Pontianak. This is where a lot of the medical tourism comes as well so we want to expand more flights to Indonesia,” he disclosed.

Apart from partnering with the Sarawak government on developing the state’s tourism, Fernandes said his team would also be working with the Ministry of Tourism, Arts and Culture in terms of e-commerce and how best to promote Sarawak food products which can be sold around Asia.

“We see a lot of potential on our two platforms namely OURSHOP and Teleport which will allow many Sarawakian entrepreneurs to sell their products to a much larger audience.

“Our job is to put a plan together and our team will work together with the Tourism Minister and trade offices in terms of selling products such as tilapia which could be a major product on our platforms,” he said, adding that the current top product on these platforms are prawns.