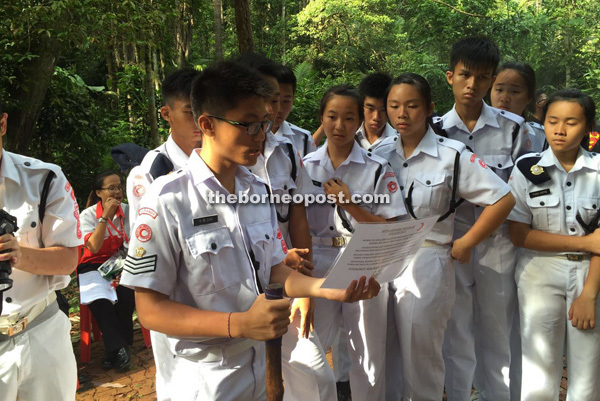 Chu briefs the Sarawak contingent before the start of the camp.

And another source of pride came from Chu Yan Win of the Sarawak contingent who was adjudged the best head/commander.

Ten youth leaders and officers of Malaysian Red Crescent (MRC) from Miri, Sibu and Stampin branches in Sarawak were among 100 participants of the three-day camp last month.

The Miri Chapter was represented by four youth leaders and an officer and all the participants from the three branches were led by Chu Yan Win of Miri who was chosen as commander for the Sarawak contingent.

In a separate event, the Miri Chapter sent nine youth leaders and an officer to the state-level forest camp in Kampung Bunan Gega in Kuching recently.

At the camp, Victor Lee of SMK Dato Permaisuri Miri and Philip Yong of SMK Chung Hua Miri were named the best participants. 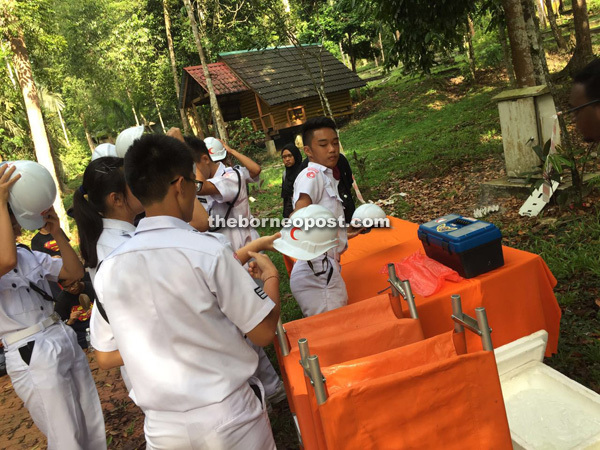 The traditional based team first-aid test in progress. 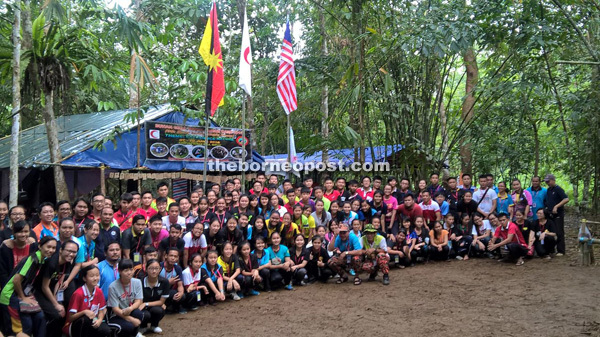