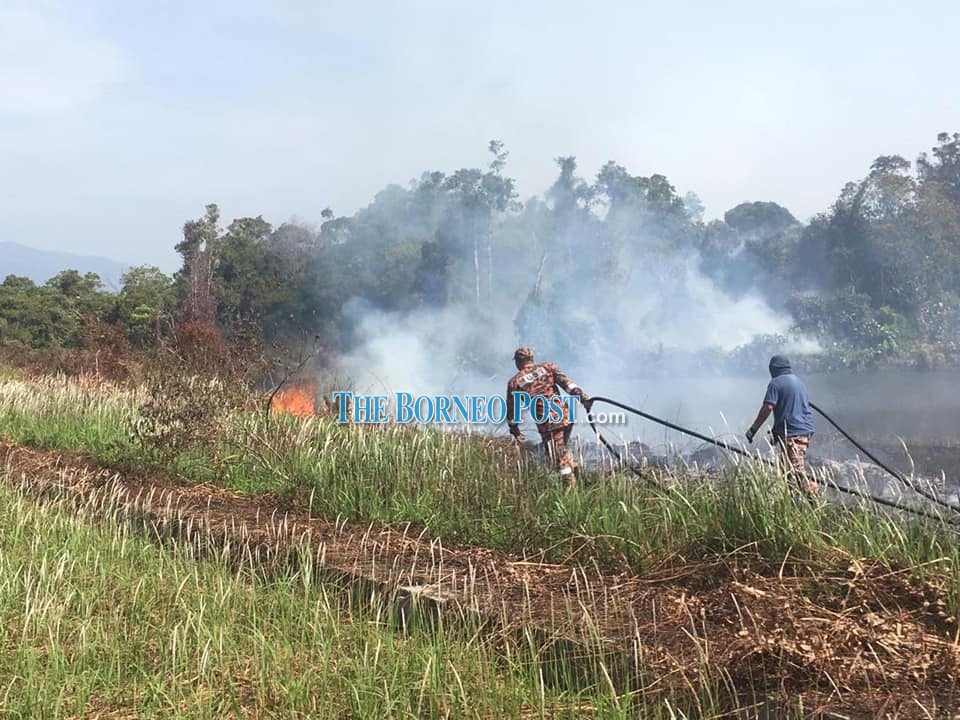 Firefighters putting out a fire in a forest area in this picture from the State Bomba yesterday.

KUCHING: Some 744 acres of forests, bush and peat soil areas have been consumed by flames in Sarawak since August 1, the state Fire and Rescue Services Department said today as air quality in the state deteriorate.

The State Fire and Rescue Services Department said in a brief this morning that the number of acreage was a result of 296 cases of wildfires from August 1 until yesterday.

“By average, the State department responds to 26 cases of bush fires a day,” it said.

It also revealed that the fires had affected a house in Kampung Sangki Simunjan and completely destroyed another at Kampung Sedi, Pulau Bruit.

As of 10am, the highest reading of 302 was recorded at the station at SK Kuala Baram 2 in Miri, followed by 294 at the Miri Industrial Training Institute, 168 in Sibu and 102 in Sri Aman.

Meanwhile, it appears that Sarawakians are in for another dry and stuffy week as the Malaysian Meteorological Department is not expecting rain until Thursday.

In its weekly forecast until Sunday, the department says isolated rain is expected to fall in inland areas in the afternoons from Thursday.