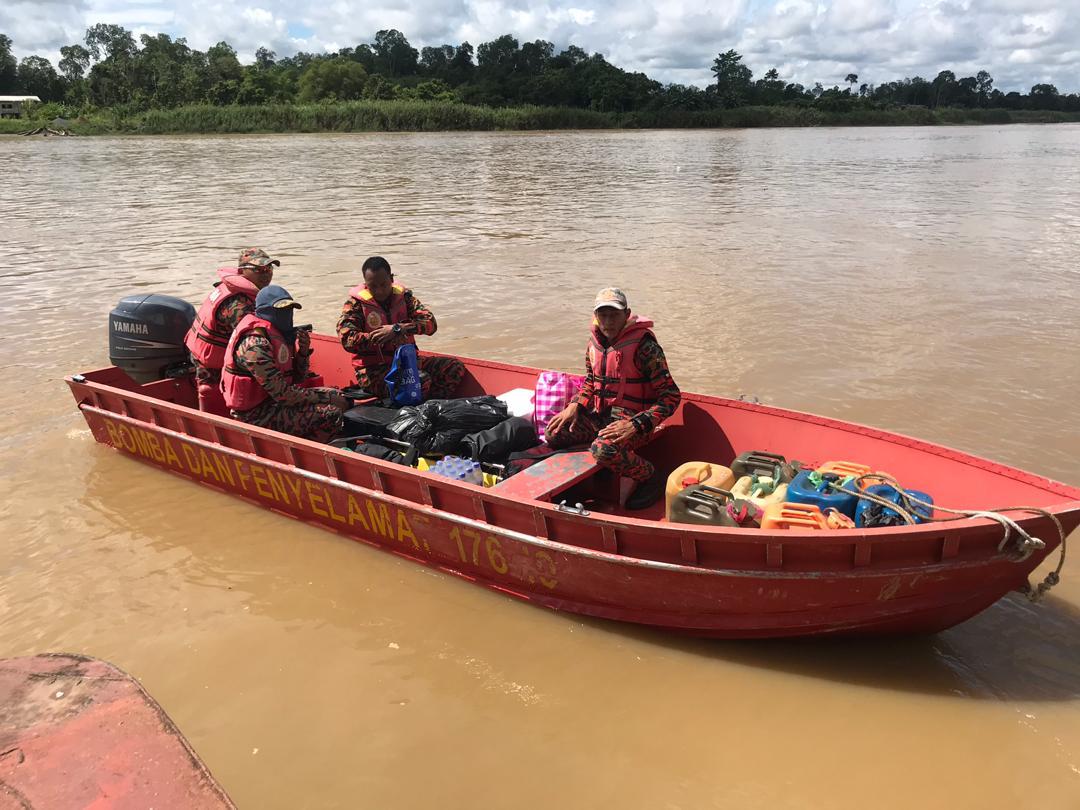 The SAR team comprising personnel from Bomba near the site of the incident.

MIRI: A search and rescue (SAR) operation has been activated to locate a man who was reported missing in Baram River since yesterday.

The authorities are searching for the man aged 55 from Long Pilah.

Miri Fire and Rescue Department (Bomba) chief Law Poh Kiong said three firefighters from Marudi Fire and Rescue Station were deployed to the scene after receiving an emergency call from the Marudi district police headquarters on the missing victim at 9.20am today.

The incident is believed to have happened when the victim and his wife on a boat were on their way back home from collecting durian along the downstream of Baram River near Long Pilah yesterday evening.

While paddling, the boat drifted in the strong current and rammed a piece of timber which resulted in a boat wreck.

The victim’s wife managed to cling to a tree branch while the man fell from the boat into the river. As of press time, there was still no trace of the victim.