Sabah, Sarawak gets priority in remainder of 11MP: Dr Mahathir 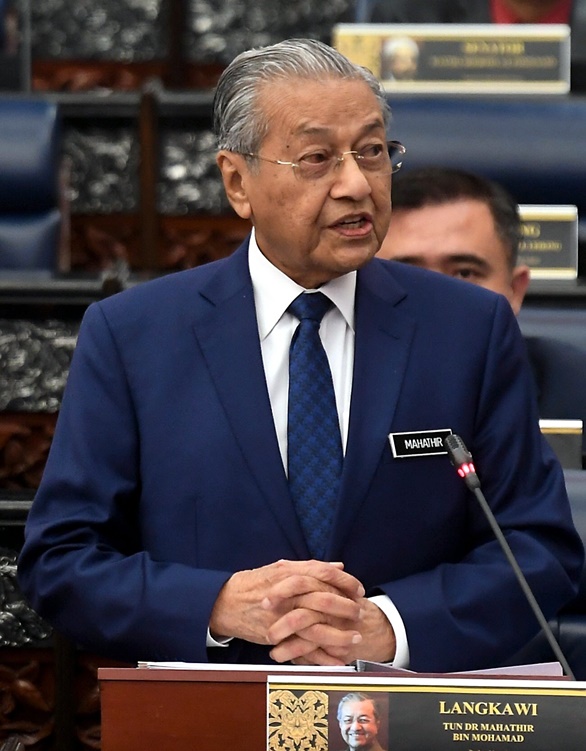 KUALA LUMPUR: Prime Minister Tun Dr Mahathir Mohamad today gave his assurance that priority will be given to development in Sabah and Sarawak to spur both states to higher economic growth.

He said in order to achieve this objective, the government under Pakatan Harapan ​​(PH) will optimise all natural resources and distribute petrol and gas income fairly under existing laws.

“A Special Cabinet Committee has been set up to review and monitor the proper implementation of the 1963 Malaysia Agreement,” he said when tabling the Mid-Term Review of the 11th Malaysia Plan 2016-2020 at the Dewan Rakyat here.

The Prime Minister said through the implementation of the remaining MP11 period, the first policy document of the PH government since winning the general election on May 9, the government will increase infrastructure facilities such as water and electricity supply to rural areas in Sabah and Sarawak for the benefit of the people in these states.

He said the government also planned to build 7,000 units of affordable homes and upgrade 400 dilapidated schools in ​​​​​​​Sabah and Sarawak.

“In terms of health facilities, three hospitals – in Papar, Miri and Lawas – will be upgraded,” he said.

Dr Mahathir said the government also plans to increase broadband coverage especially in rural areas in Sabah and Sarawak through the proposed construction of 106 new telecommunication towers and upgrading 400 existing ones.

The Prime Minister also stressed the importance of developing customary land in both states for economic activity and generating the income of the local people.

“As such, collaborations between the state government, related agencies, land-owners and investors will be increased. Survey and mapping activities of Customary Land will be carried out to enable these lands to be developed,” he said.

The Prime Minister said through the remainder of the MP11 implementation period which ends in 2020, the government will provide fairer development allocations to ​​​​​​​Sabah and Sarawak to ensure more equal development throughout the country.

He said in connection to this, the government will re-introduce the agenda for equitable regional development as a priority which would involve financial allocation to Kelantan, Terengganu, Kedah and Perlis.

Dr Mahathir also said as a concerned government working towards creating a fair society, the government will work to empower minority groups through specific programmes which will be implemented for the indigenous people of Sabah and Sarawak including those in rural and interior areas.

“Among the initiatives which will be implemented include more programmes and opportunities for education, skills and entrepreneurial training,” he said. – Bernama