S4S regrets call for end to ‘Sarawak for Sarawakians’ sentiment 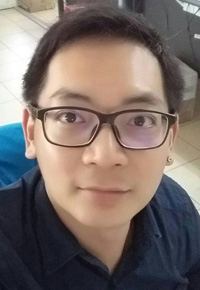 Its spokesperson Eric Leong said Yeoh’s statement was “inappropriate” and that as a representative of the federal government, she should instead come up with better proposals on how to help the people in the state.

“Since the formation of the Federation of Malaysia, Sarawak has been contributing to building the country by allowing Petronas to tap its oil and gas.

“After all that we have contributed, we have not been treated fairly and are (now) not even (supposed) to defend our identity as Sarawakians,” he said in a press statement on Sunday.

The deputy minister supposedly made the remarks when speaking at an event – A Day of Patriotism – organised by Movement for Change Sarawak (MoCS) in Kuching on Saturday.

She reportedly urged people in the state to do away with the ‘Sarawak for Sarawakians’ sentiment because it would fragment Malaysians as a whole and hinder efforts of the New Malaysia to move forward.

She also reportedly said that Malaysia has been fragmented by racial and religious discrimination, and that the sentiment of ‘Sarawak for Sarawakians’ would further discriminate Malaysians regionally.

Leong, in response, questioned whether it was wrong for entities such as S4S to fight for the rights of Sarawakians, and called on Peninsular Malaysia to “learn from Sarawak” on matters concerning unity and equality.

He stressed the federal government should focus on more important issues such as education and infrastructure development, as Sarawak needs these more than other states in the peninsula.

“After taking 95 per cent of our oil and gas, they (federal government) should be building schools and infrastructure (in Sarawak). Yet they are not doing enough. Ironically, they are now expecting the Sarawak government to build the state with the meagre five per cent oil and gas royalty. Is that fair?”