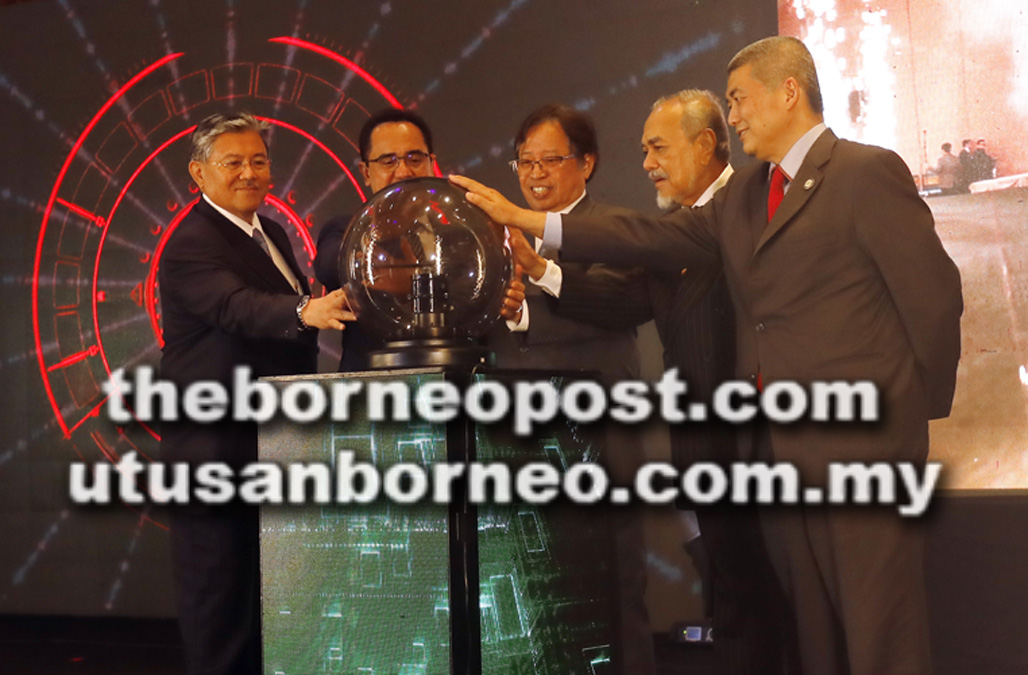 KUCHING: Sarawak is not obsessed in trying to take total control of the extraction of its oil and gas resources, but will want to play an active role in the development of the industry.

Chief Minister Datuk Patinggi Abang Johari Tun Openg said this is to ensure the people of Sarawak will not be left on the sidelines while others reap the most of the benefits of the industry.

He assured that the Sarawak government will not hinder any investment in the oil and gas industry but would continue to work with any investor who could develop the industry.

“I believe our state should play an effective role in the development of oil and gas because Sarawak needs funds to provide the basic amenities and infrastructure to its people.

“That is why I have to impose a sales tax of five per cent on petroleum products because we need a lot of funds to implement our rural development projects. Just five per cent only, not much,” he said after witnessing the contract agreement signing between Serba Dinamik Sdn Bhd and Petronas Carigali Sdn Bhd, here yesterday.

Under the contracts, Serba Dinamik is to provide maintenance, construction and modification (ONMCM) services to Petronas’ onshore facilities in Bintulu and Miri, which will also enhance the linkages among Petronas’ facilities in Sarawak.

Abang Johari said although the Federal Constitution does not limit the sales tax that Sarawak can impose on its oil and gas production, the Sarawak government decided to impose only five per cent because it had to consider the needs of Malaysia and the economic environment.

While he acknowledged that the oil and gas industry is under the Federal List, the Federal Constitution also clearly says that it is subject to the State List.

He said if it is subject to the State List, it means others cannot move forward in extracting the minerals from Sarawak unless they fulfill the State List.

“Now, even though we have that right to issue permission and licences, I can assure that we will not negate any investment into Sarawak.

“We definitely want to work together with those people who are involved in the oil and gas industry,” he said.

To facilitate that collaboration, he had set up Petroluem Sarawak Berhad (Petros) as an agency in the Sarawak government.

“I am sure this collaboration will be able to explore new areas, particularly in oil and gas that are found in Sarawak, both onshore as well as offshore.

“I believe Sarawak can do it and therefore I expect our participation in oil and gas will benefit both parties,” he said.