S’wak should steer clear of ‘problematic’ parties and leaders or risk falling behind, says Abang Johari 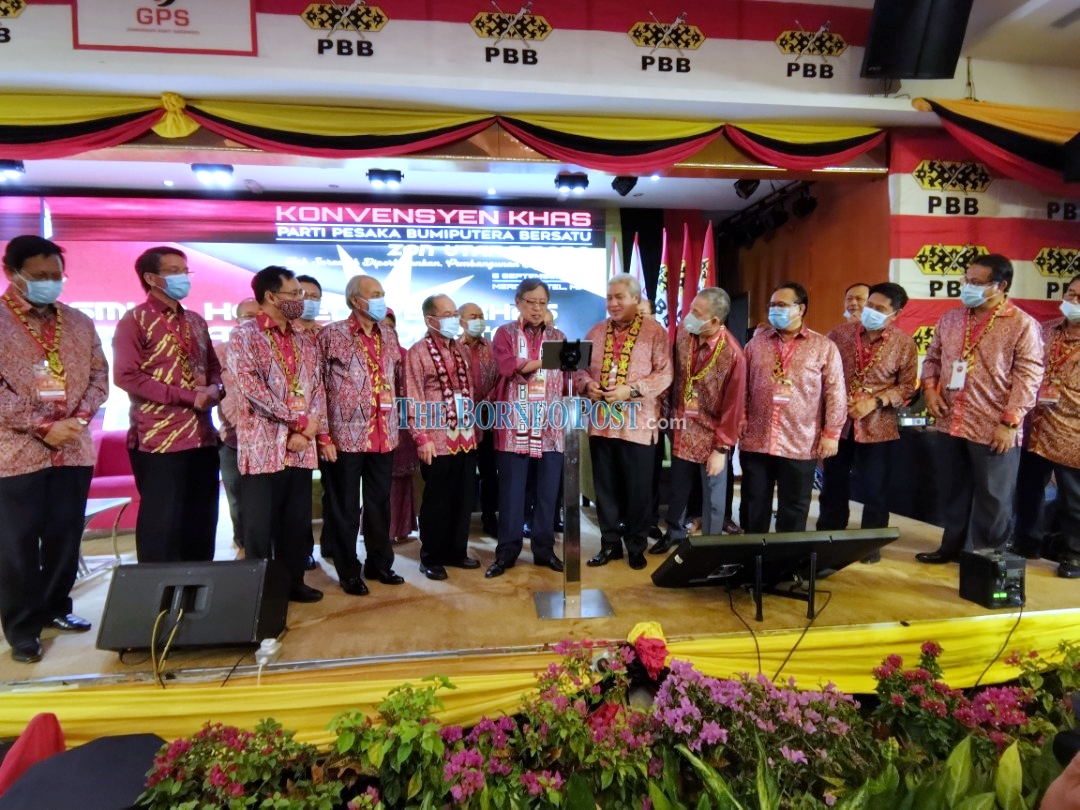 Abang Johari (centre) flanked by other party members at the convention today.

MIRI (Sept 5): Sarawak will only become a troubled state if it were to be handed over to problematic leaders, and it would not be able to achieve its target to become the most developed state in the country by 2030, said Chief Minister Datuk Patinggi Abang Johari Tun Openg.

Speaking at the Parti Pesaka Bumiputera Bersatu (PBB) mini convention for Northern Region here today, Abang Johari said a new party which accepts “troublesome” leaders into their party was not the same as Gabungan Parti Sarawak (GPS), which had remained united in its commitment to fight for the rights of Sarawakians.

Abang Johari, who is also PBB president, said there were a few members who were frustrated that they were not given the chance to serve as community leaders, and thus resigned from the party to join a new political party.

“They joined the party and those accepted into the party are problematic. Some had problem with James (Tan Sri James Jemut Masing), and walked out. Our party, there were two or three who resigned. So that party is a problematic party. But we in PBB, our struggle is sincere,” he said, without naming the party.

He called upon all members of Parti Pesaka Bumiputera Bersatu (PBB) to remain loyal to the party and not sulk but be resilient in facing issues within the party and to continue working together in the spirit of GPS to defend the rights of Sarawakians, in particular its rights enshrined in Malaysian Agreement 1963.

Abang Johari also stressed that GPS under his leadership will also continue to fight for one-third representation in Parliament.

“If there are issues, we need to settle it within the GPS family. PBB will continue to become a strong party for future generations,” he added.

The resolutions include the party’s support towards Abang Johari as the president of PBB and GPS to lead the state government in the next state election, to support policies made by Abang Johari which includeshis digital economy initiative and to support the chief minister in his fight to defend the rights of Sarawak under MA63.