Runners turn up in droves for Charity Balloon Run 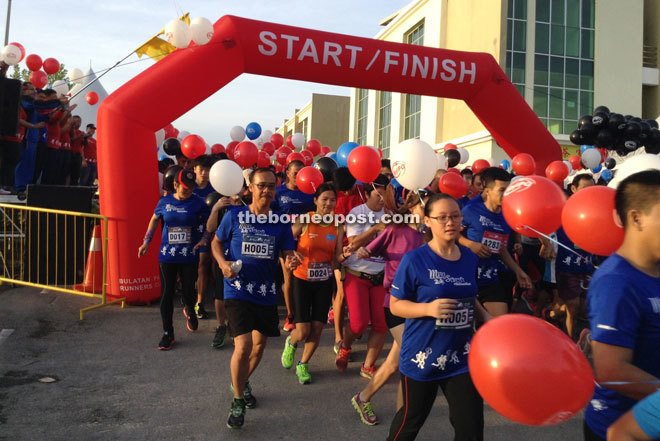 Runners dash off at the starting line of the Miri-Sibuti Charity Balloon Run.

Sibuti MP Ahmad Lai Bujang pointed out that such an event served as a suitable platform for participants from various races to foster closer ties and strengthen racial unity and harmony among themselves.

“This 6km run, which was jointly organised by Miri City Council (MCC), P218 Sibuti Service Centre and N62 Lambir Service Centre, is supported by the Bulatan Park Runners Club as the technical advisor of the event.

“The event’s main objective is to collect funds for the Children’s Activity Centre (PAKK) of Taman Tunku,” he said in his speech before the flag-off.

Children and senior citizens who took part in the run were seen carrying colourful balloons, corresponding to the event’s theme.

Meanwhile, Miri mayor Lawrence Lai said the run was part of their efforts to encourage the city folk to participate in healthy events.