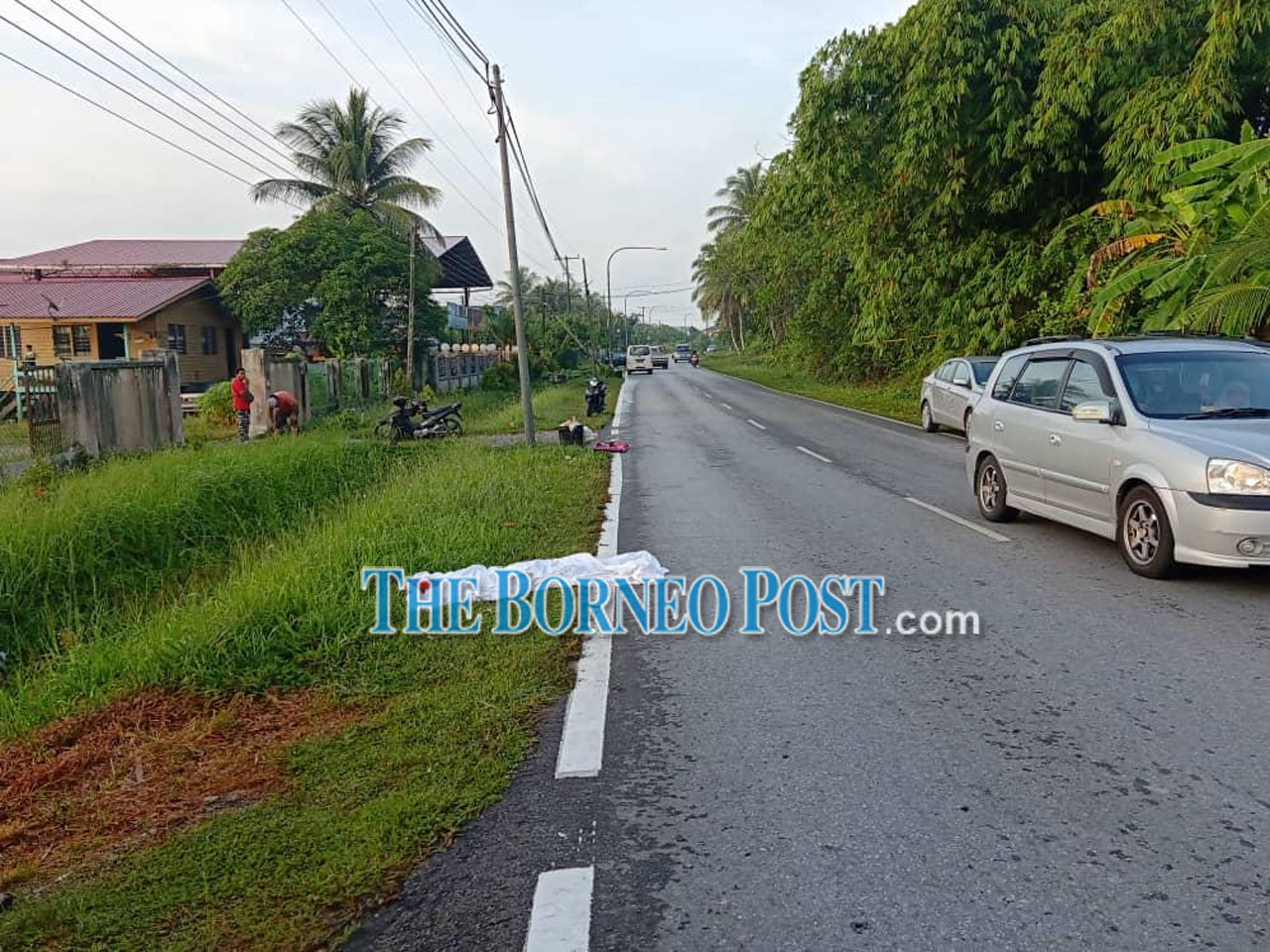 The first incident was a single-vehicle crash, which took place at Jalan Miri-Pujut around 12.30am, and claimed the life of a 24-year-old driver.

The victim, identified as Dzulhafiqa Haziq Zul’Azman, succumbed to his injuries around 7.30am while receiving treatment at Miri Hospital.

It is believed that his vehicle went out of control before crashing into a tree.

The second fatality, meanwhile, involved a 35-year-old disabled person who was struck by a van at KM15 Jalan Pujut Padang Kerbau around 6am.

The pedestrian, identified as James Mering Emang, sustained serious injuries and was pronounced dead at the scene by medical personnel.

It is believed that he was crossing the road when the van hit him. 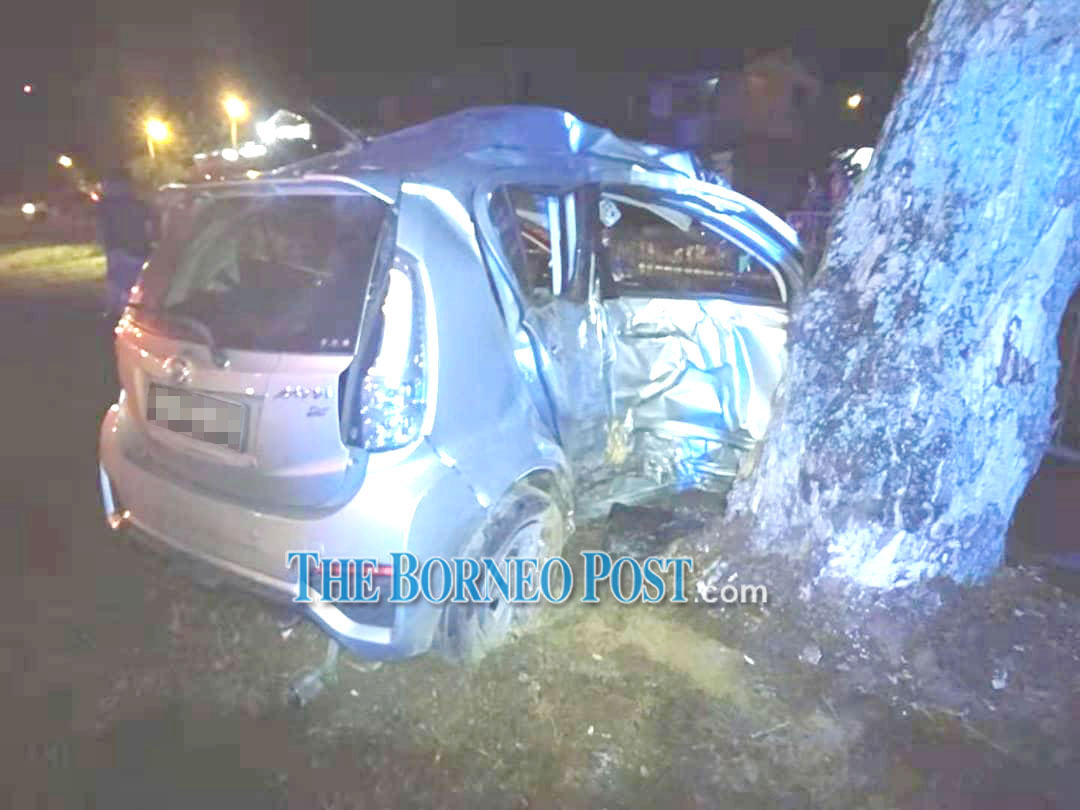 The wrecked car at the accident site along Jalan Miri-Pujut.