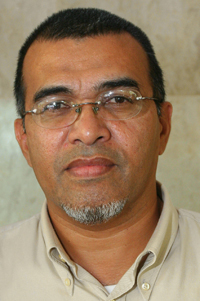 KUCHING: All students from Sarawak and Sabah, who were flown back to their respective hometowns on special chartered flights, had been quarantined for two months in their respective campuses in Peninsular Malaysia, said Deputy Transport Minister Hasbi Habibollah.

He said they had been given swab tests prior to being ferried on sanitised buses to Kuala Lumpur International Airport (KLIA).

“Upon touchdown in Sarawak, these students were also required to be quarantined in quarters arranged by the Sarawak Disaster Management Committee (SDMC) for 14 days before being allowed back to their homes,” he said in a statement yesterday.

Hasbi, who is also Limbang MP, was responding to feedback from certain quarters, who had accused the government of being lacklustre in implementing these measures.

He said a total of 7,606 students had been ferried back to Sarawak, including to Kuching, Bintulu, Miri, and Sibu, between May 1 and 18.

“All of them had undergone the said stringent health swab tests prior to being allowed to return to Sarawak,” he added.

On the boarding process, he said social distancing between students was strictly observed based on guidelines issued by the Ministry of Health under the Conditional Movement Control Order (CMCO).

“We strongly urge parents and students to continue to obey quarantine procedures as part of their social responsibility to help prevent any inadvertent spread of the coronavirus in their communities.

“The public is advised to continue to adhere with the CMCO, that is in effect until June 9,” he said.

Hasbi also stressed that the health and safety of students and crew were paramount to the government, which had implemented safe standard operating procedures for the conduct of flights from Peninsular Malaysia to both Sarawak and Sabah as part of the nationwide efforts to contain and prevent the spread of Covid-19.