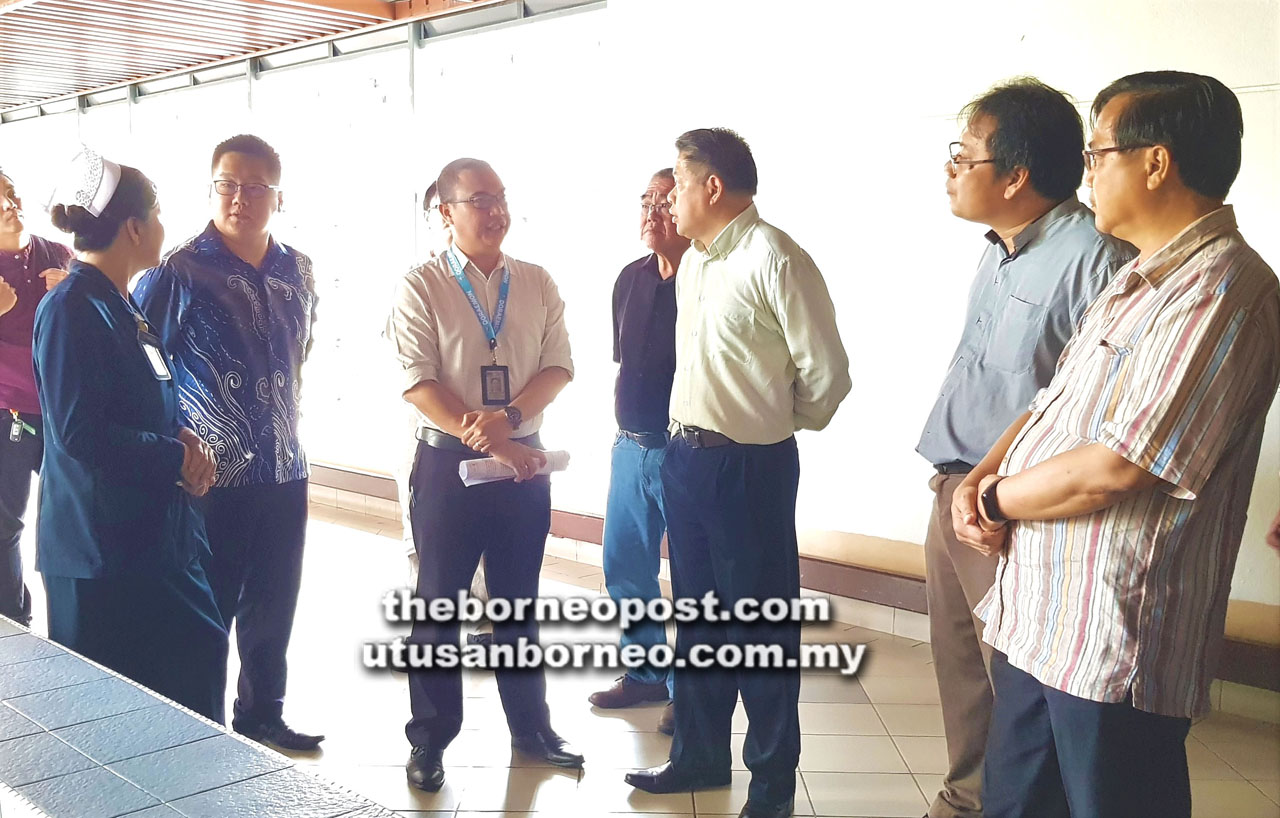 MIRI: Pujut assemblyman Dr Ting Tiong Choon is calling for the issue of limited parking space at Miri Hospital to be addressed before the start of the hospital’s extension works.

Speaking to reporters during a visit to the hospital, accompanied by Hospital Visitors Board (ALP) chairman Peter Hee, he said he would be discussing the matter with the relevant agencies to address the long-standing problem.

“We need the cooperation of many parties to address this (lack of parking) issue, and I believe building a multi-storey parking space is one of the best solutions.

“Discussion should also be made whether there is a need for parking charges and, if there is, the parking charges must be affordable for hospital staff and visitors,” he said.

The hospital building extension, which will house 328 beds, is currently in the tender process and, with the current limited parking, will result in major problems if not immediately addressed, added Dr Ting.

Separately, the new ALP team – formed on June 14 – is currently in the midst of implementing three projects, namely installing security cameras to increase safety at the hospital; putting up ‘No Smoking’ signs inside the hospital; and setting up a designated resting room for patients waiting to be admitted.

“We were told by Miri Hospital director Dr Jack Wong that (incoming) patients had to wait for other patients to be discharged first, before they can get a bed.

“Thus we think it would be best to create a designated room which is conducive enough for them to wait while waiting to be warded,” said Hee.

According to him, the ALP serves as a liaison to strengthen the relationship between the hospital and the community.