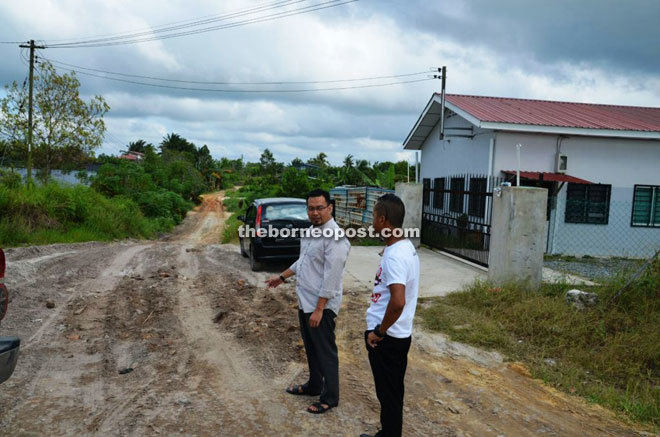 Mohammad (left) discussing the issue with a villager.

MIRI: Residents of Kampung Lusut Jaya 1, Lambir here wants the authorities to improve and tar seal the road leading to their village.

According to a villager, the earth road leading to the village was constructed in the 1990’s and has been a cause of inconvenience to the villagers especially during rainy season.

“It is difficult for us to send our children to school or even go to the market using the road because it will be muddy and slippery if it rains,” the villager lamented to Sarawak PAS Youth chief Mohammad Arifiriazul Paijo, who visited the village yesterday.

The resident said the kampung was developed in the mid-1990s, with about 15 houses that time and has now grown larger with more houses.