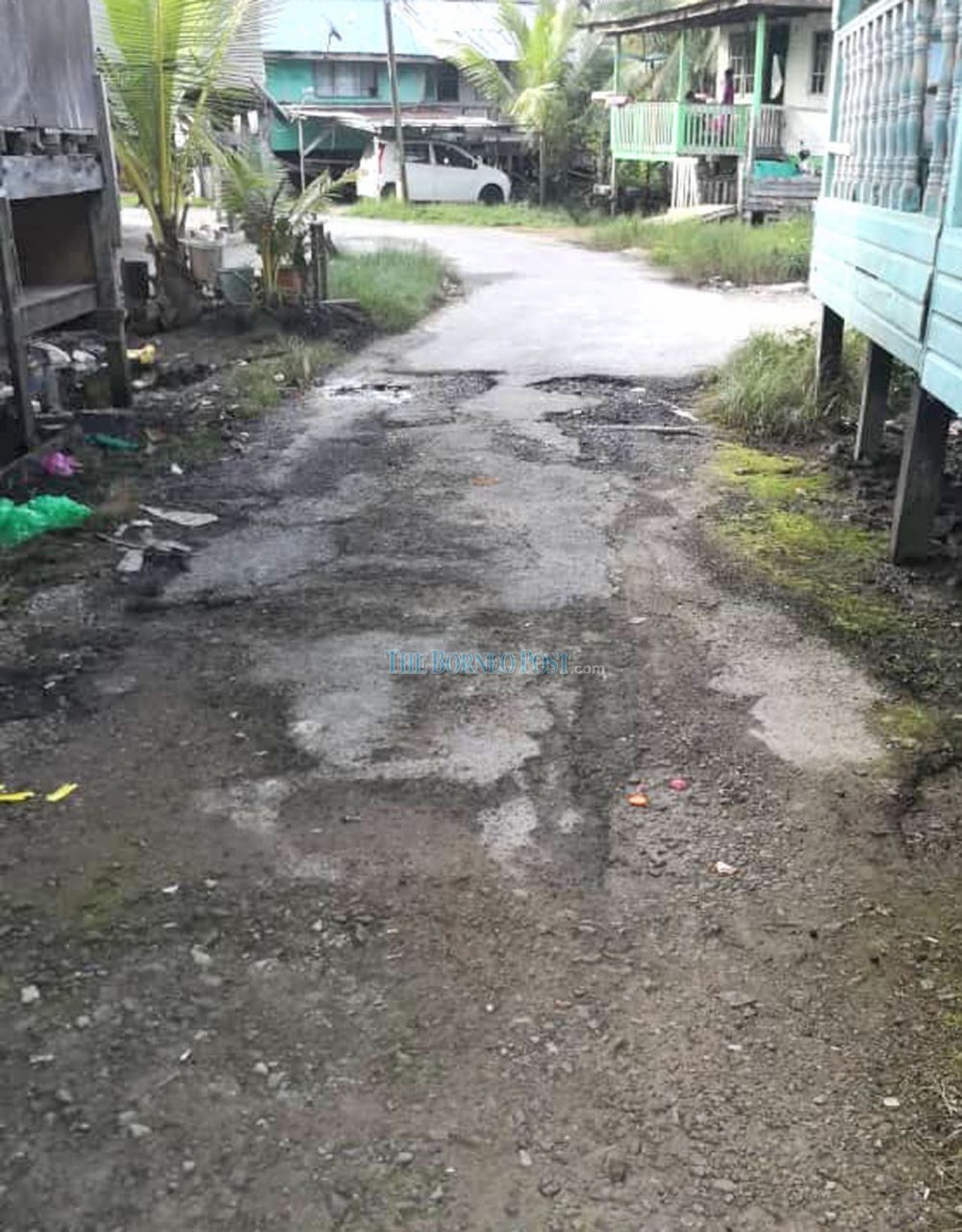 The condition of the road at Lorong 1 Kampung Senadin Jaya.

MIRI: A resident of Kampung Senadin Jaya has expressed his frustration at the condition of the road at Lorong 1 of the village, which he said is uneven, riddled with potholes and prone to flash floods.

Hamdani Bolhasan said villagers were promised during the last state election that the road in question would be tar-sealed, but that no works have been carried out to date.

“Villagers living along the said road were given promises during the last state election campaign, and also last year during a Ramah Tamah Aidilfitri event at the village, that the road would be tar-sealed, but nothing has been done so far,” he told The Borneo Post when met yesterday.

He said he was sad that the problem has not be resolved, especially as the affected road is not very long and thus would not cost much to tar-seal.

“It would give great convenience to the villagers who have to put up with potholes and the uneven surface on a daily basis,” Hamdani added.