Resident associations told to buck up to help community 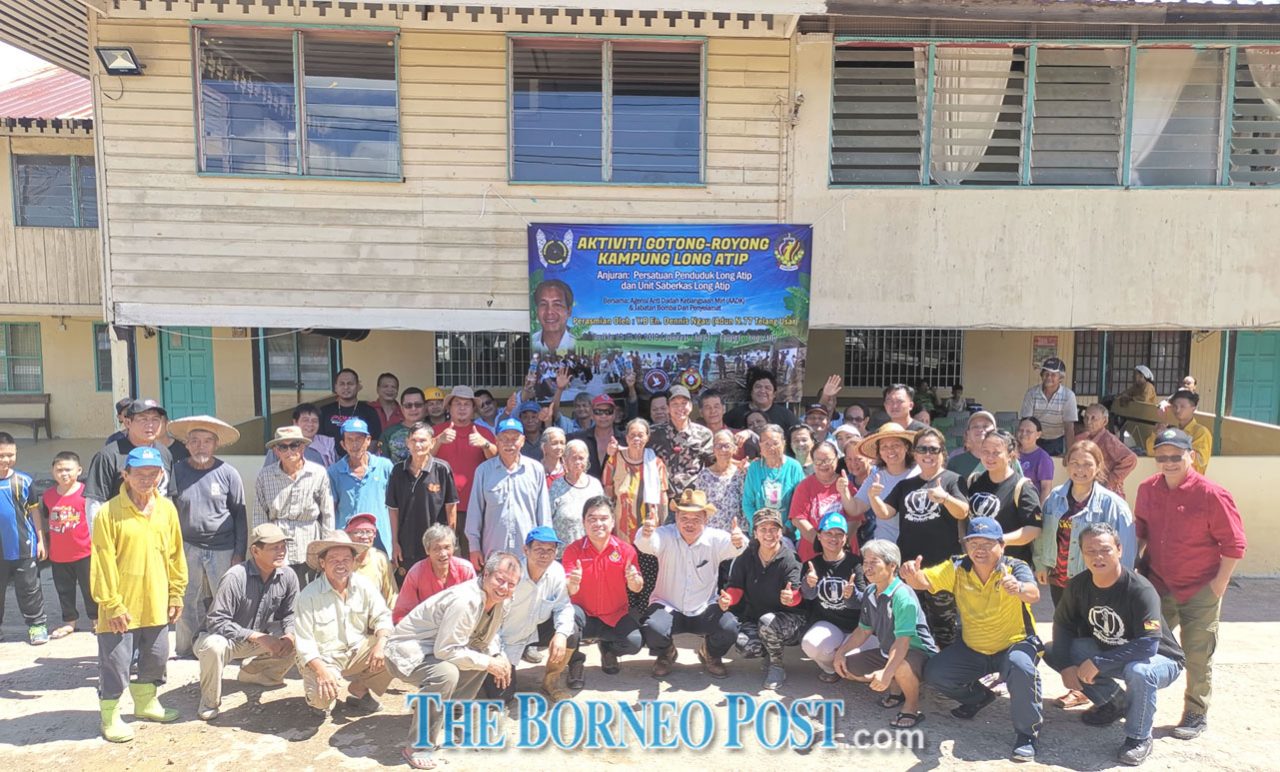 Dennis (standing centre, wearing cap) with some of the rural folk participating in the work party.

MIRI: Resident associations in Ulu Baram should make positive contributions to their community.

This is because the objective of setting up these associations is to voice out and address issues faced by the community, Telang Usan assemblyman Dennis Ngau said.

“But sadly, there are people who used resident associations to go against their village leaders and existing committees, thus creating breakups among them,” he said when officiating at the ‘Gotong-Royong Perdana’ programme at Kampung Long Atip in Ulu Baram recently.

He urged the resident associations to work closely with their respective longhouse leaders and village security and development committees (JKKK).

He cited Long Atip (Miri) Resident Association as a good example which should be emulated by other residents associations.

He said since it was registered in 2017, the Long Atip (Miri) Resident Association was always committed to work closely with their longhouse leaders.

On the programme, he called on the people to take it as another platform for them to foster closer relationship with each other.

Dennis also suggested that Ketua Kaum Wilson Anyie lead his people to revive the ginger planting project in Long Atip as there is a great demand for the crop.

He said he would get the Agriculture Department to assist them with the project.

Later, he presented a government grant of RM2,000 to the JKKK for village activities.