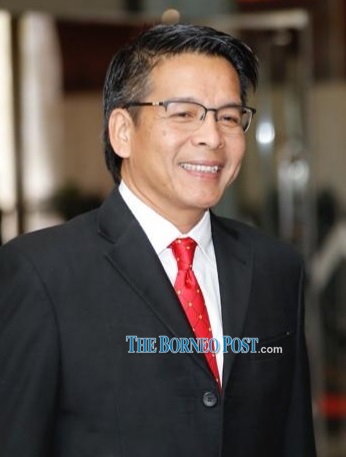 MIRI (April 28): Telang Usan assemblyman Dennis Ngau has explained the rationale behind the two reserved parking spaces for his service centre in Luak.

He said reserving the parking spaces was actually suggested by members of the public needing assistance at the centre, who had experienced difficulties finding parking.

“Closer parking spaces are especially needed for those rakyat who bring their elderly to the service centre for assistance and we have never chased people away,” he said in response to Democratic Action Party (DAP) Sarawak secretary Alan Ling’s complaint on Facebook.

Dennis pointed out this was especially necessary with the opening of a new eatery nearby and the renovated market, which have drawn bigger crowds along with the already popular mini supermarkets.

He stressed that the reserved spaces did not say that they were for himself or Gabungan Parti Sarawak (GPS) members because anyone could park there.

“For me, I don’t mind to park anywhere as I don’t have a driver and have done that many times, parking along the roadside by the main road and just walking to the centre due to no vacant spaces, especially in the morning,” Dennis said. 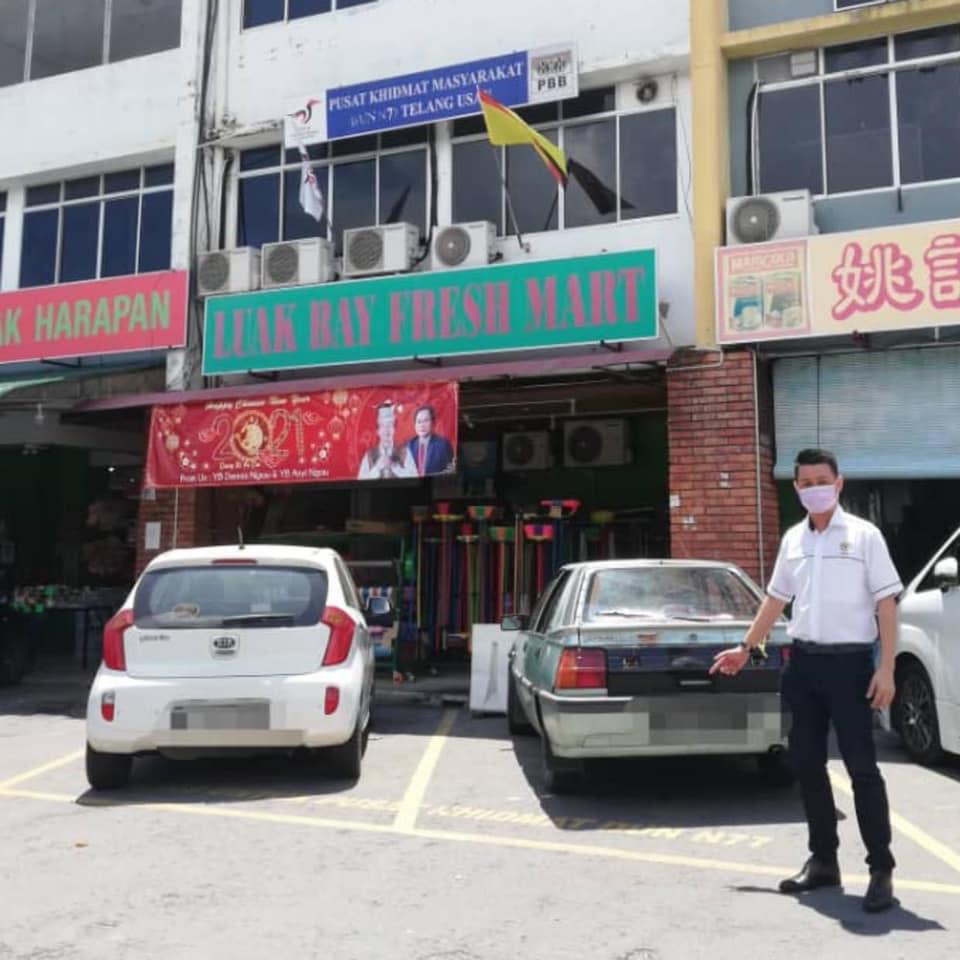 In this photo uploaded on Facebook, Ling points to the reserved parking spaces, which Dennis said were occupied by the public.

Yesterday, Ling had uploaded a photo of himself at the location on his Facebook page questioning the rationale of reserved parking spaces for the service centre and claiming the people wanted an explanation from Miri City Council.

Dennis pointed out that the car parked in the reserved parking spaces behind Ling in the photo actually belonged to the public.

He said the Telang Usan service centre has been in operation since 2011 and many have benefitted from the services offered, irrespective of political background.

To ease congestion, Dennis added he had previously suggested to the Miri City Council to cover the big storm drain with reinforced structures in order to gain additional parking spaces.

However, he said the council decided not to proceed due to the high cost and other factors involved.