Rescued macaques to be relocated to Matang Wildlife Sanctuary 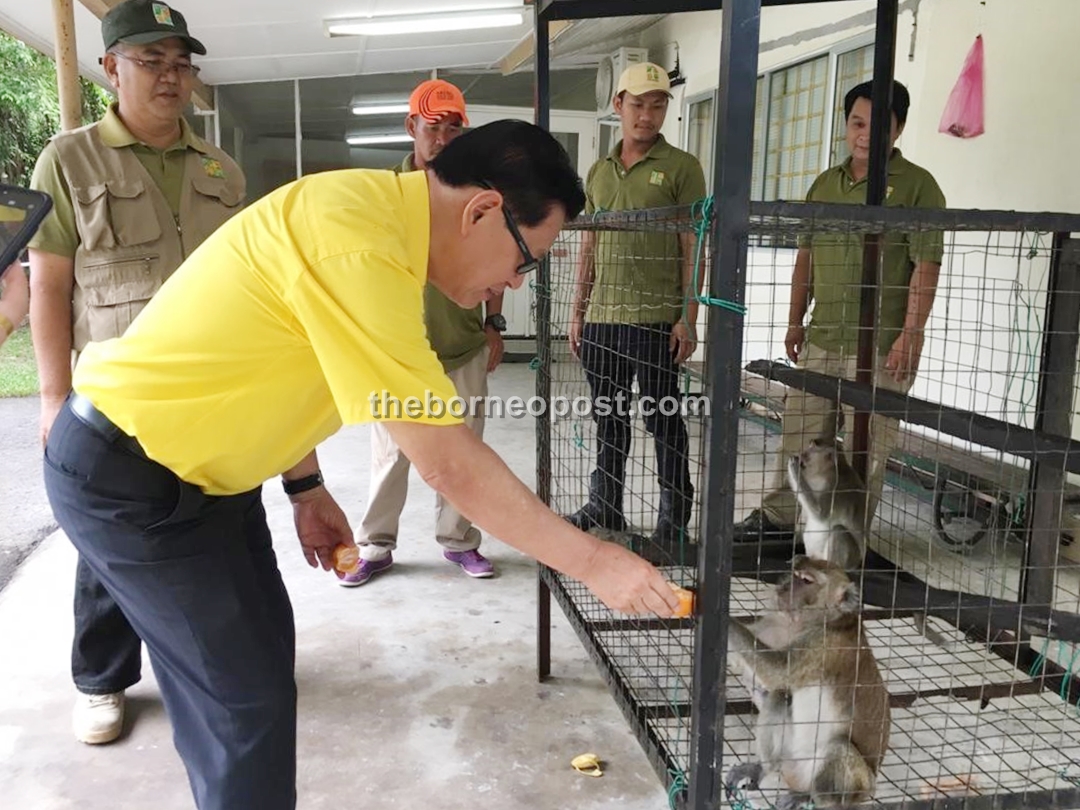 MIRI: The two rescued protected macques will be transported to the Matang Wildlife Sanctuary in Kuching once their health checks are completed.

Assistant Minister of Tourism, Arts and Culture Datuk Lee Kim Shin, who visited the monkeys earlier today at Piasau Nature Reserve after their ordeal went viral on social media confirmed that they would be relocated soon.

The two protected macaques were caged illegally at a house in Taman Tunku here and were rescued yesterday by the Sarawak Forestry Corporation.

“It was the SFC’s Swift Wildlife Action Team (SWAT) that rescued the two macaques here,” adding that he had called up SFC general manager Oswald Braken Tisen in Kuching yesterday and Braken then directed SWAT to rescue the macaques.

The two primates will be kept at the reserve temporarily for health checks and treatment.

He said Braken had informed him that after the macaques are confirmed to be in good condition, they will be sent to the Matang Wildlife Sanctuary to be released there.

“Enforcement should be intensified and ongoing as on several occasions I have read newspaper reports and also complaints from the public on the sale of these totally protected animals in the open market, including in Miri,” said Lee. 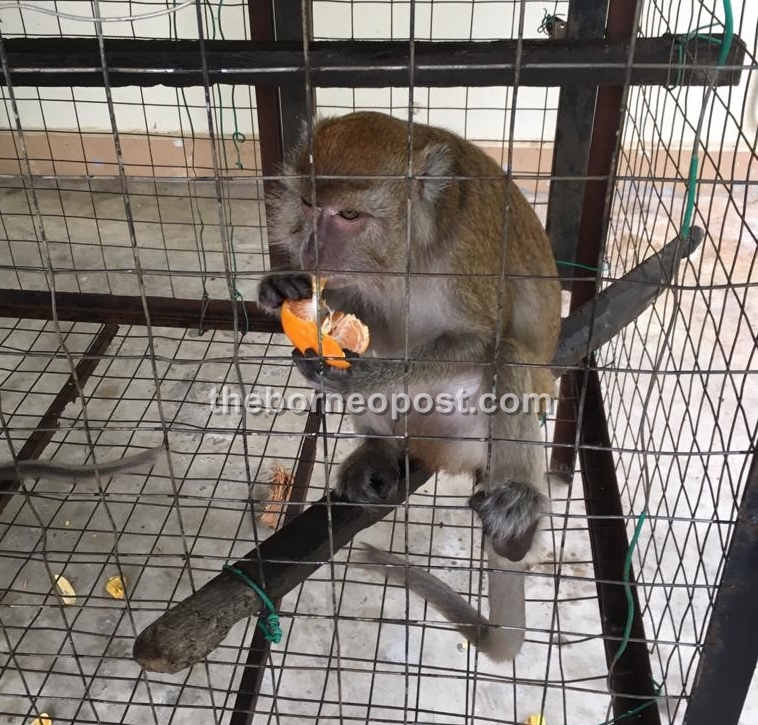 One of the protected macaques chews on an orange.

On a lighter note, Lee said he was visit to the reserve was held in conjunction with the Chinese New Year celebrations.

“I gave the monkeys two oranges which they love eat. It was held in the spirit of the coming Chinese New Year celebrations to wish them good luck and a healthy life thereafter,” he laughed.