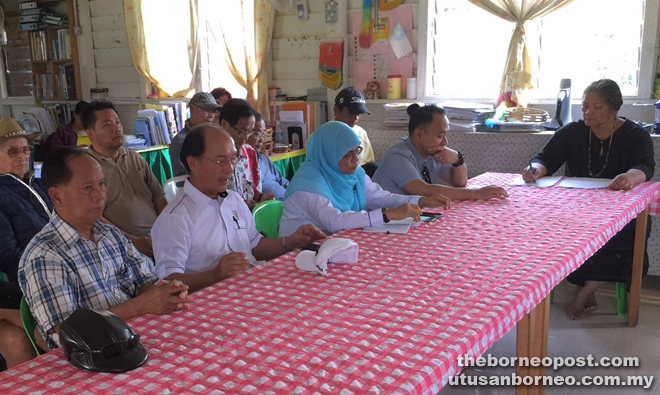 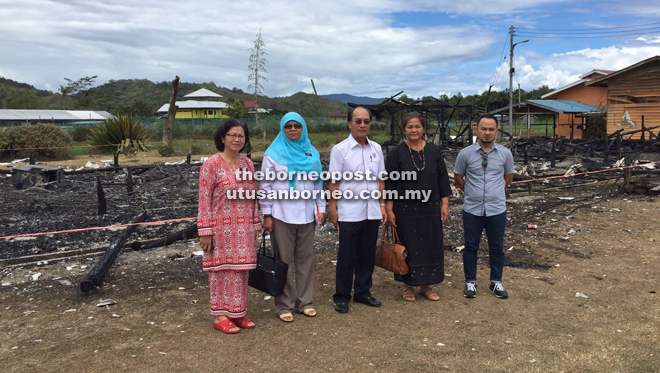 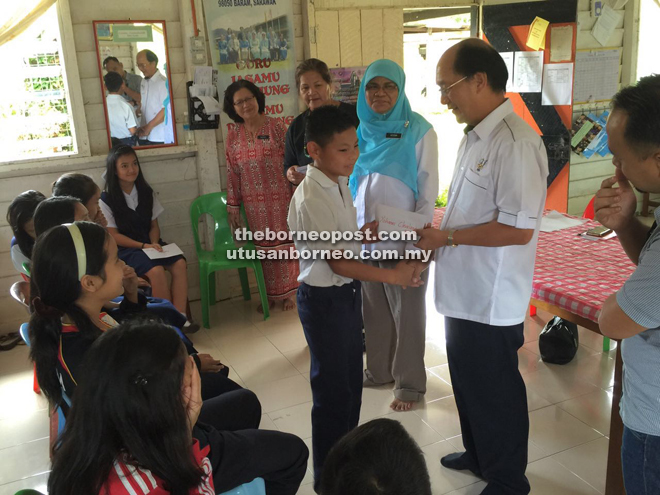 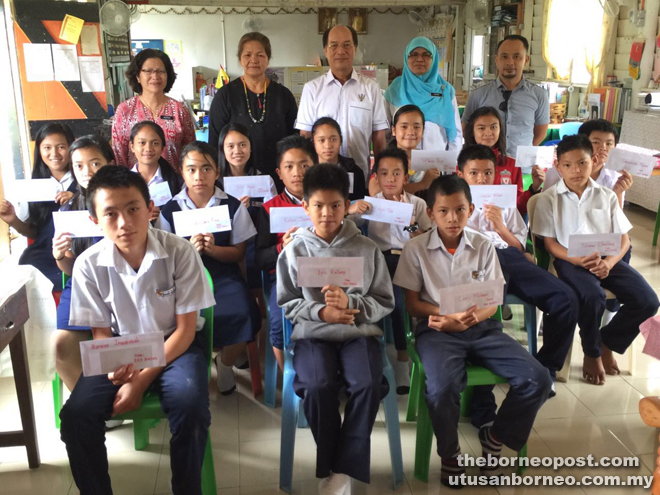 BARIO: The Education Department has pledged to fast track the construction of a replacement classroom block for SK Bario which was destroyed by fire last Sunday.

The Education Department and school headmistress Dora Tigan had arranged for the 16 UPSR students of the school to sit for their exams in SMK Bario while the school plans to use all available space in the school hall, library, staff office and old dining hall as temporary classrooms for other students.

“If this is insufficient they will ask SMK Bario to let them use its classrooms in the afternoon after the morning session,” said Gerawat, who had a session with the 16 UPSR students to reassure and encourage them on Monday.

Gerawat, who is also Mulu assemblyman, said Rurum Kelabit Sarawak Bintulu branch had chipped in RM800 as immediate assistance to SK Bario, whose students are mostly Kelabits and Penans.

“The school needs books (exercise and text books) and classroom equipment, chairs, tables and other furniture and computers to replace those lost in the fire,” he said yesterday.

There, they saw for themselves the whole block housing Primary 1 to 6 classes, the preschool classroom, kitchen and computer room including furniture and other items that was completely destroyed.

“Part of the student hostel was dismantled as preventive measure to prevent the fire from spreading. Fortunately there were no casualties. The cause of fire is yet to be determined by the Fire and Rescue Department (Bomba),” he told The Borneo Post.

After that, the state assemblyman held a meeting with SK Bario headmistress Dora Tigan, government department representatives, Pemanca Philip Lakai Tuan, the school’s Parent-Teacher Association (PTA), community leaders and teachers to work out ways to address the problems caused by the fire.

Meanwhile, Seripah Azizah said the Education Department director had assured that assistance would be given to students and a new classroom block would be built as soon as possible.

A committee was formed to take charge of all relief efforts and contributions for the welfare of the students affected. The committee is headed by Bario sub-district SAO Baru Tai. Members of the committee include Dora Tigan, PTA chairman Penghulu Robertson and Rurum Kelabit Sarawak Bario branch chairman Panai Aran.

in the school and SK Bario and SMK Bario school heads were advised to conduct regular fire drills for their students and teachers.

All villages in Bario were also asked to conduct regular fire drills and train their volunteer fire fighters who would be equipped to tackle any fire outbreak in their areas.