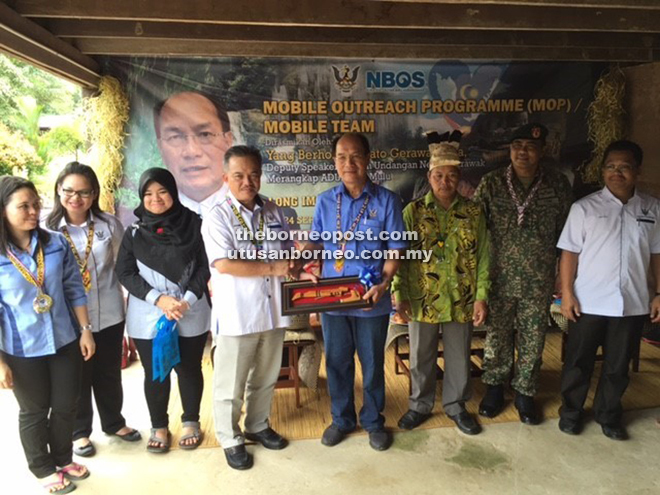 MULU: The government should run more mobile outreach programmes for rural settlements throughout the state.

He said this when closing a mobile outreach programme by the Marudi District Office in Long Iman recently.

The programme involved representatives from government departments and agencies including the Welfare Department.

Gerawat commended the representatives of the various government departments and agencies for providing residents with essential services that would otherwise only be available in Marudi or Miri.

He also announced an RM384,000 grant to repair the 32-door Long Iman longhouse as pledged by Deputy Minister of Rural and Regional Development Datuk Alexander Nanta Linggi earlier this year.

Gerawat also promised to help with the replacement of existing water pipes through the Rural Water Supply Department (JBALB).