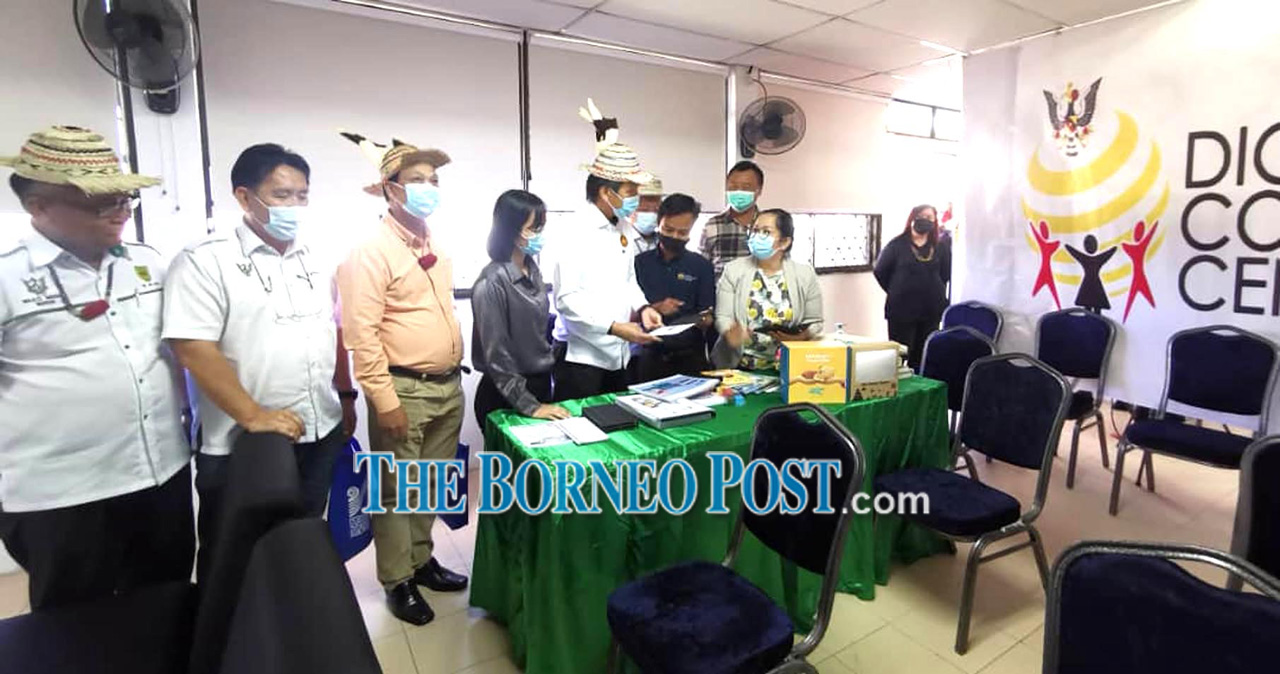 Dennis (fifth left) is being briefed by Long Lama Digital Community Centre staff on the courses and functions of the centre.

According to Telang Usan assemblyman Dennis Ngau, this is to ensure that people in the area make full use of the digital platform provided by the government especially for them.

“DCC was implemented by the government to produce knowledgeable and competitive community through digital programmes and activities,” said Dennis when declaring open the Digital Community Centre in Long Lama yesterday.

Dennis added that the facility serves as a centre for educational and outreach programmes for residents in the rural area.

“It will reduce knowledge gap between residents of urban and rural areas like Telang Usan, through accessibility and inclusive digital system developed by the Sarawak government.

“Some people accused the state government of neglecting this aspect in rural areas,
but this is actually proof of ongoing government efforts,” he said.

Dennis said residents of Long Lama, are lucky as their hometown had been chosen for the setting up of the DCC.

“Today is an important day in history that helps Long Lama move forward, in line with the government’s effort to bring development to every member of the community in Sarawak.

“This is a joint collaboration between the Ministry of Local Government and Housing, Sarawak Multimedia Authority (SMA), Sarawak Centre of Performance Excellence (Scope) and Pustaka Negeri Sarawak,
to implement 42 digital community centres across the state,” he said.