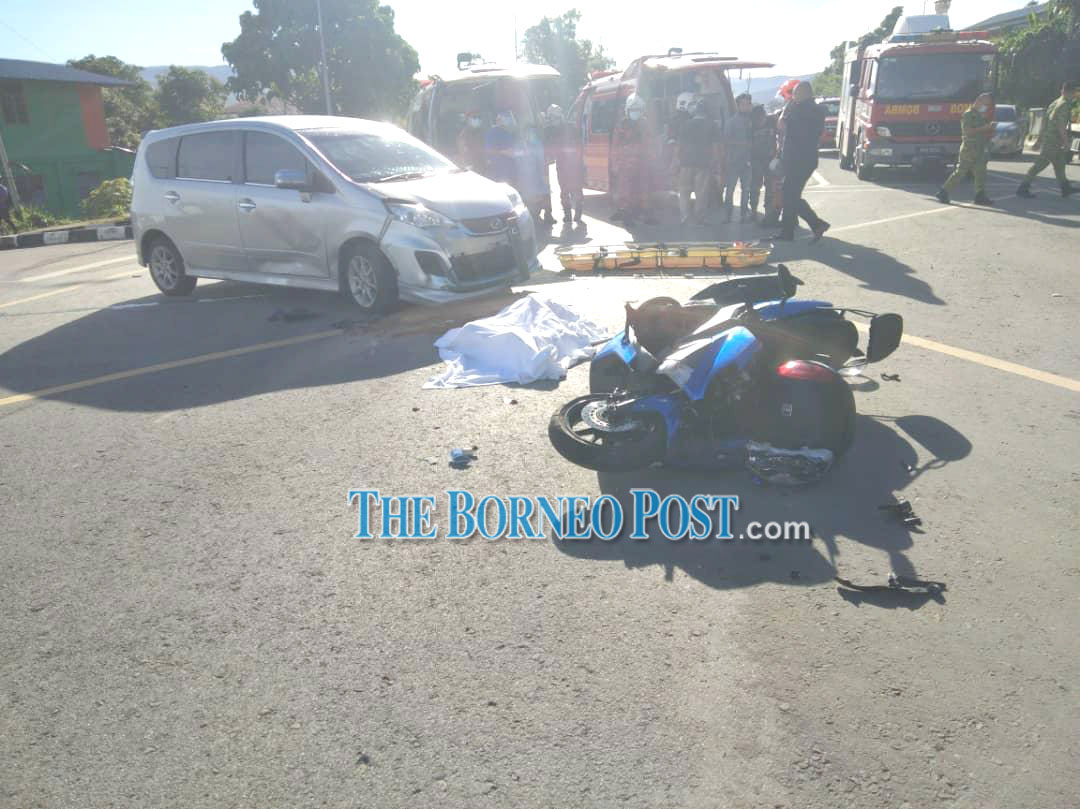 The motorcycle and the MPV at the accident scene. In between is the covered body of the victim.

MIRI: A Rela officer in Lawas died in an accident at a junction near KM1, Punang/Kuala Lawas road yesterday.

Alexson said two vehicles, a motorcycle and a multi-purpose vehicle (MPV), were involved in the accident around 8.10am.

“Initial investigations at the scene found that the accident occurred due to negligence of the MPV driver who had just exited the junction and turning right heading to Punang, and subsequently collided with a motorcycle ridden by Zulhilmi coming from Kampung Punang to downtown Lawas,” he said in a statement yesterday.

He said Zulhilmi died at the scene due to severe head injuries.

Meanwhile, the MPV driver was not injured. The authorities are investigating the incident under Section 41(1) of the Road Transport Act 1987.