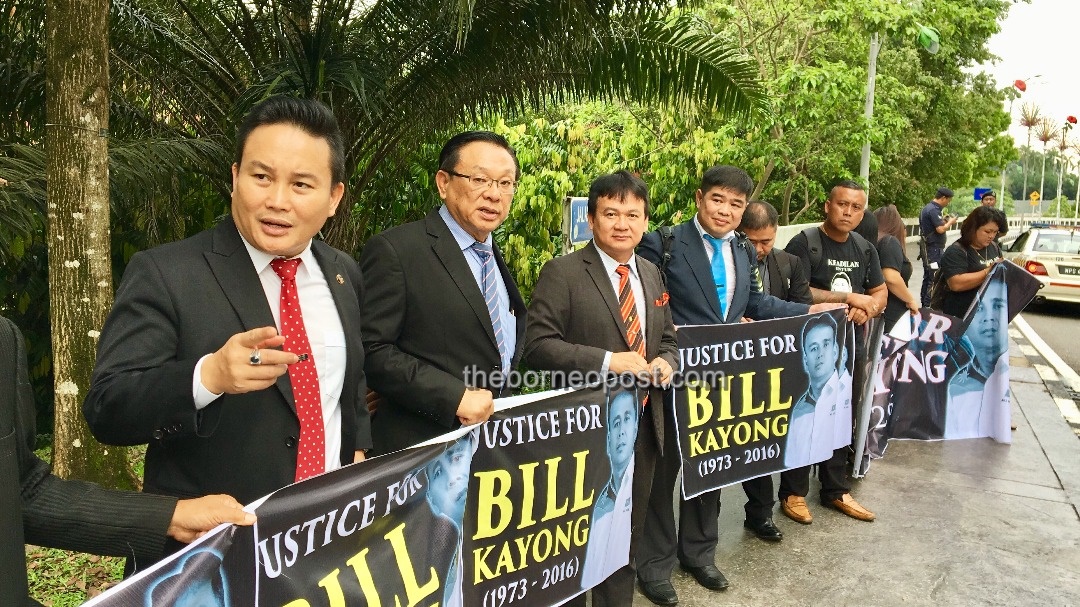 (From left) Willie, Dr Teo, Ali and others hold up banners calling for justice for the late Bill Kayong during their 30-minute demonstration outside Parliament today.

“The niggling issue of the mastermind (of the murder) remains unanswered, and I have written to the Attorney-General on this. I will also be writing to the prime minister,” he told The Borneo Post.

He also said questions were raised as to why several witnesses who were subpoenaed were not called to testify during the trail.

“The poser of 21 witnesses summoned but not called to give evidence has to be answered. There are also other points of contention that warrants the case to be re-opened by the authorities.”

Both Ali and Willie also urged the relevant authorities, including the Home Ministry, to re-investigate the case as Bill’s family deserved justice.

Bill, 43, was shot dead in his vehicle at the traffic light intersection near E-Mart supermarket in Tudan on the morning of June 21, 2016.

The murder is widely believed to be linked to his role as a native land rights activist.

The fourth accused, Mohamad Fitri Pauzi, was found guilty and sentenced to death on Aug 10 this year.